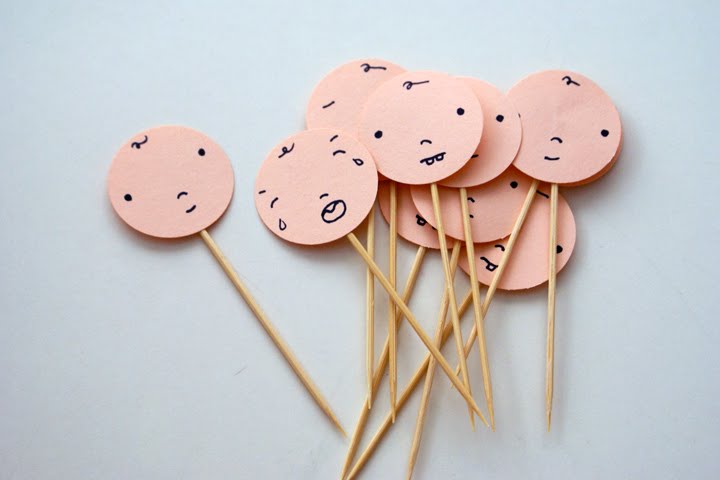 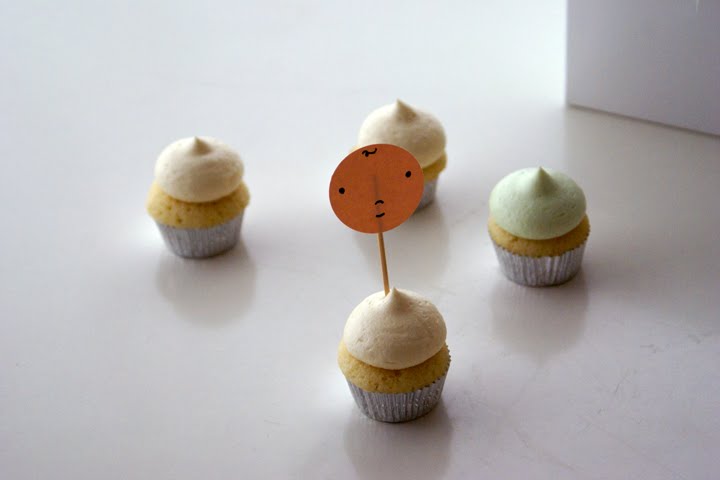 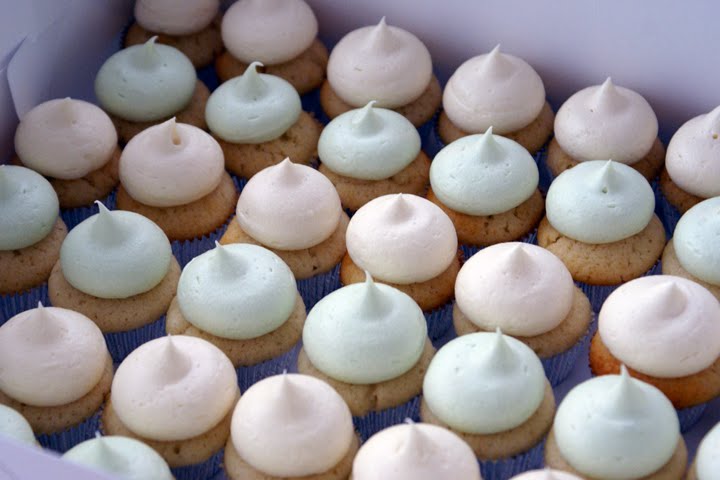 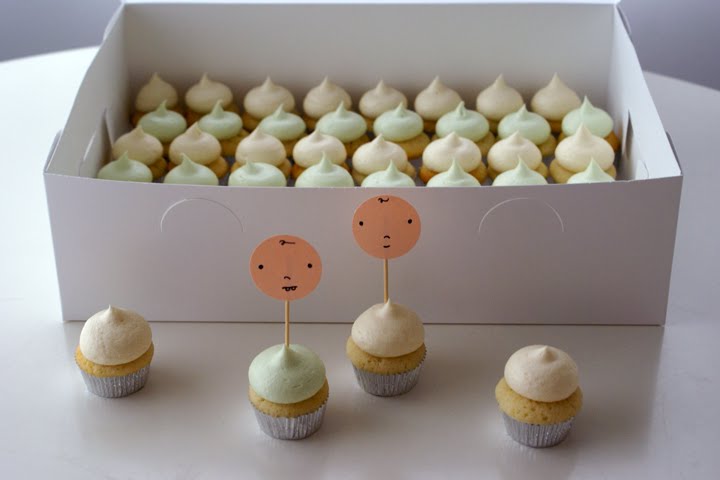 These little custom made baby-faced cupcake toppers I made crack me up with their different expressions! These toppers are what makes the difference between regular little mini cupcakes and an extra special array of mini cupcakes! Nicole ordered these for her cousin’s baby shower… vanilla mini cupcakes in silver liners with vanilla cream cheese frosting in pale green and pale yellow palettes.

6 Responses to “Cryin’ Over You: Baby Shower Mini Cupcakes with Custom Crybaby Flags”