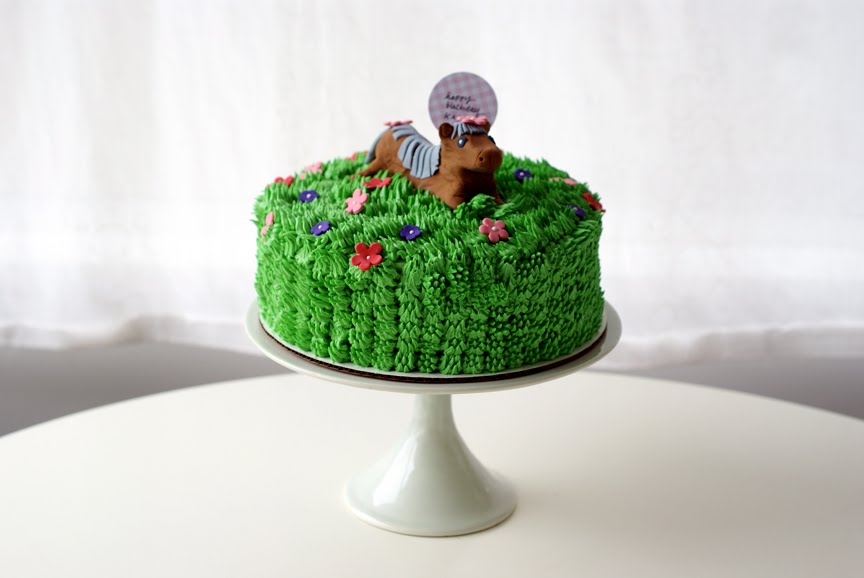 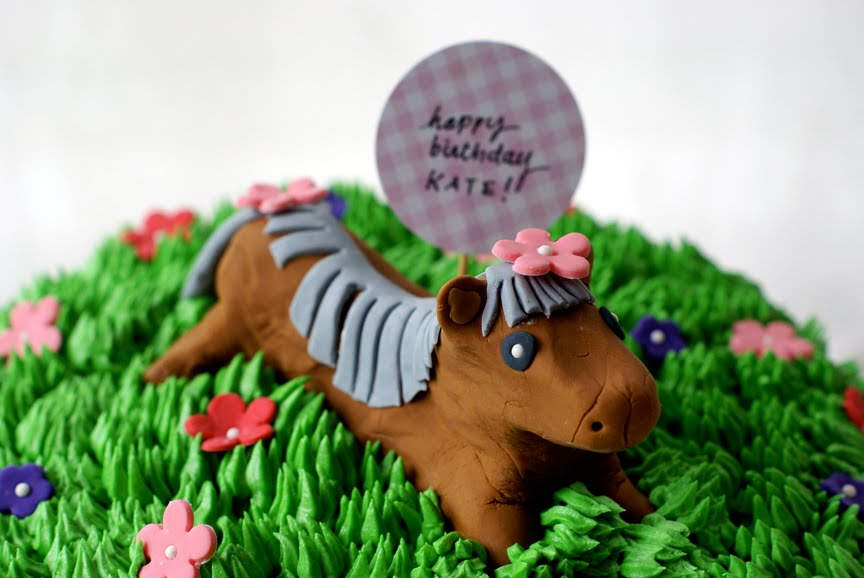 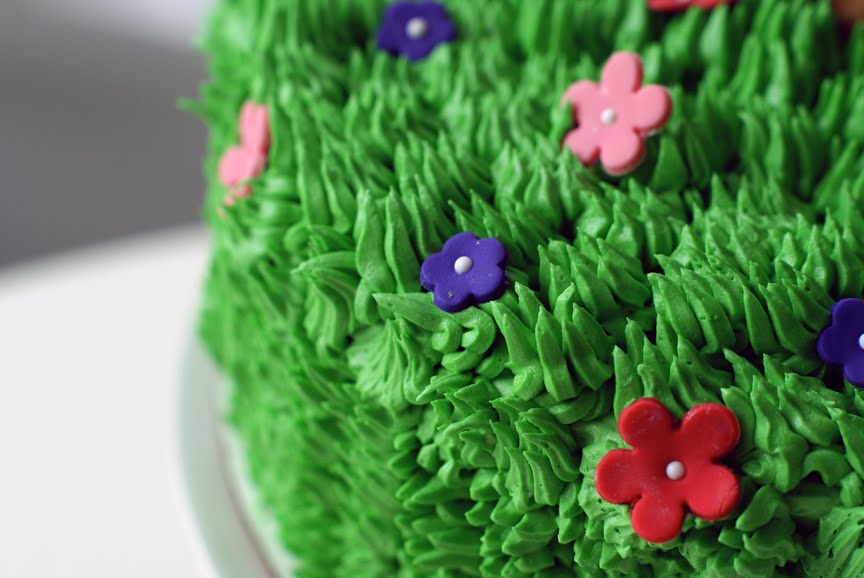 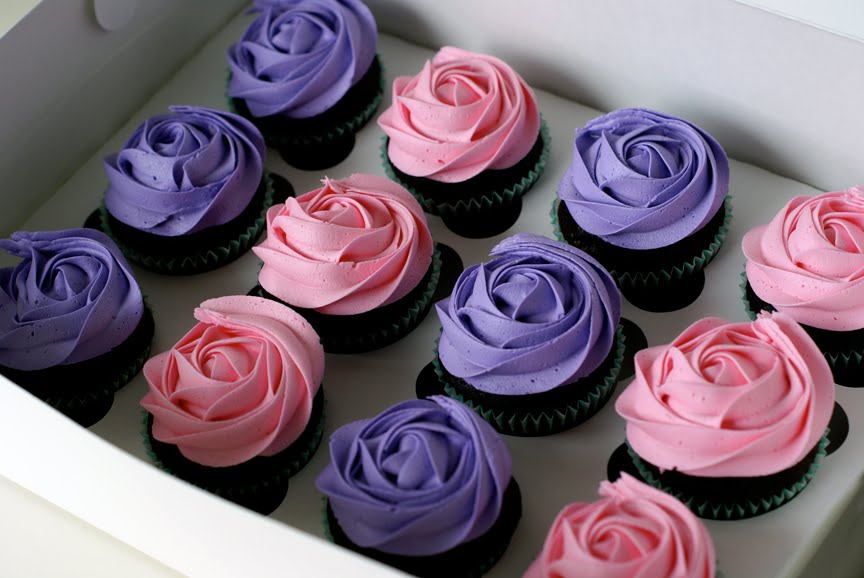 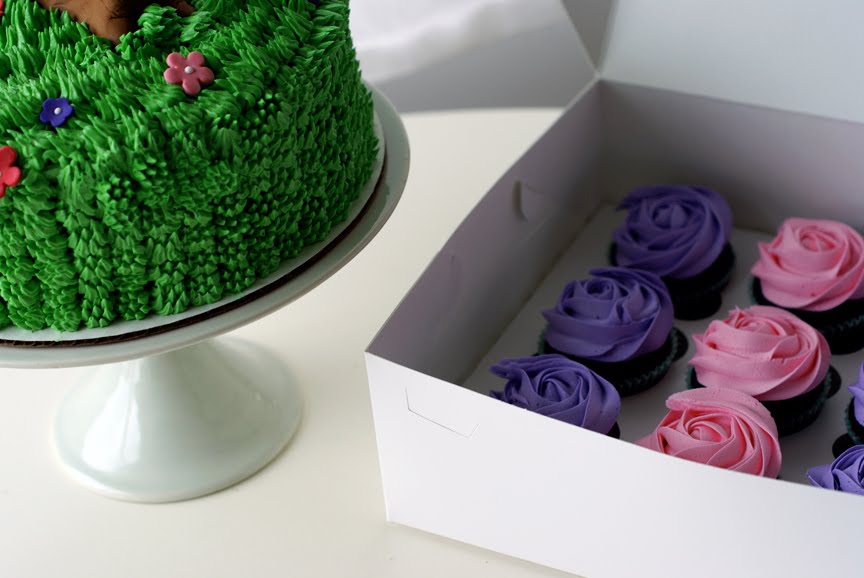 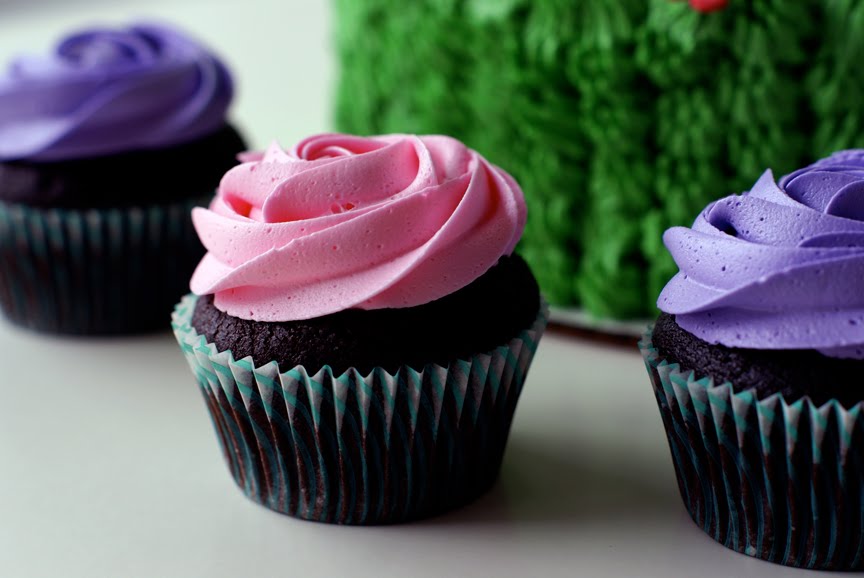 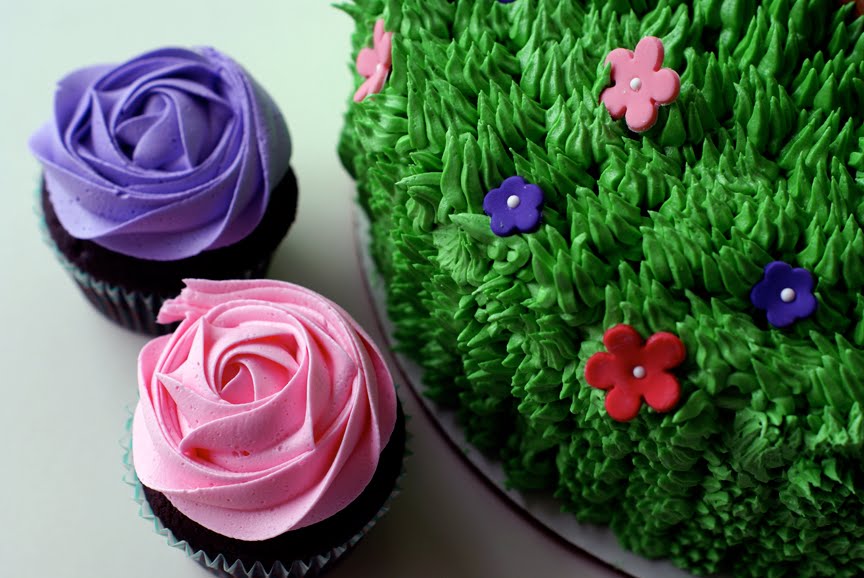 Adorable Kate wanted a pony cake this year for her birthday… and a pony cake it was! A giant brown pony in fact, nestled in some cool blades of green grass amongst pretty little flowers, plus matching pink and purple buttercream rosette-topped cupcakes!

I never was a pony or horsey girl when I was a kid. I was more into being a tomboy and trying to like cars to impress my dad. I was actually kind of scared of horses when I was a kid… they were so big! I imagined them chomping my hand with their huge white teeth if I tried to feed them a carrot. In fact I’ve only ridden a horse one time in my life – on a trip to Mexico when I was 15. My butt was so sore for days afterward from all that bouncing around! Nowadays I think horses and ponies alike are cute. Especially… MINI HORSES!

Happy Birthday Kate! Hope you had the most delightul, pony-filled dreamy party!

Leave a Reply to Anonymous