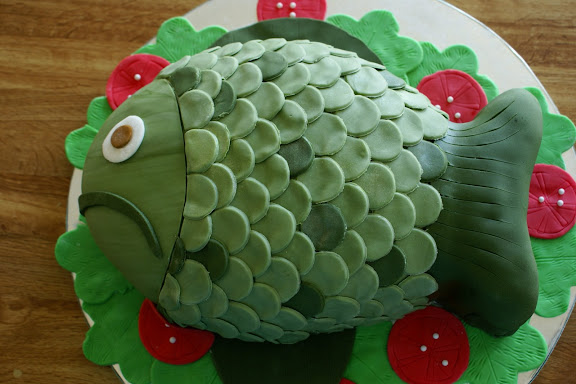 Super cute Adele from Dace (incidentally one of my favorite Vancouver clothing brands) ordered a hilarious cake for her boyfriend Ryan’s birthday bash: a fish cake on a platter complete with lettuce and tomatoes, as Ryan is very allergic to the real thing! This fish cake stressed me out beyond mental reason– I think I worried about it for two weeks straight, and could not sleep the night before the beginning of Fogerty the Fish’s production, this being my very first fish cake. I drew out my design and tried to think like a little cake engineer: how would I make this large sheet cake look like a ridiculously adorable fish about to be eaten for dinner??

Thanks to my husband and jack of all trades Richie for helping me carve my fish Fogerty into a nice fish shape! And of course for helping me “lay down the roof tiling” on my little fishy’s scales. You are the best RT!!!

Here is the “making of” of Fogerty the Fish. Enjoy!! 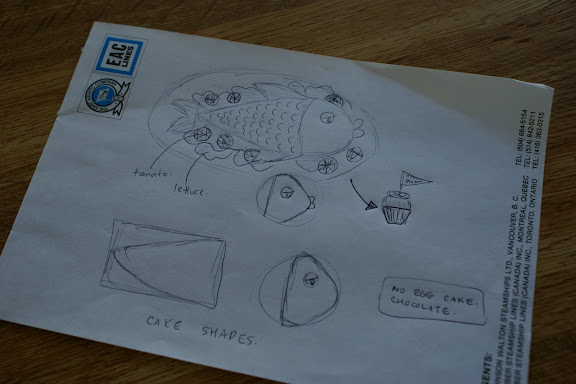 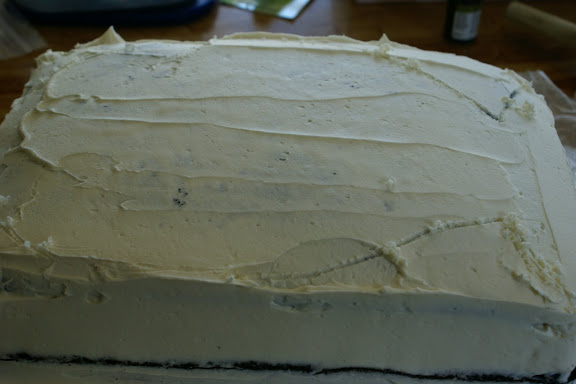 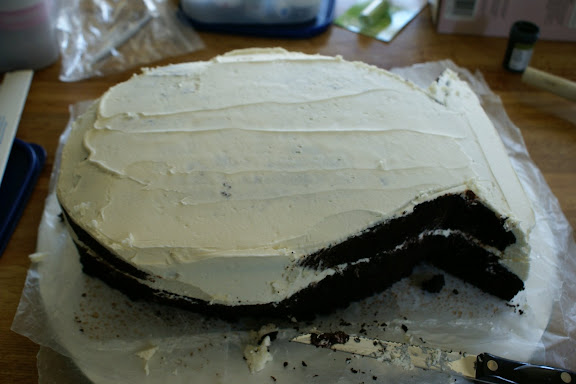 “The first trim is the deepest” 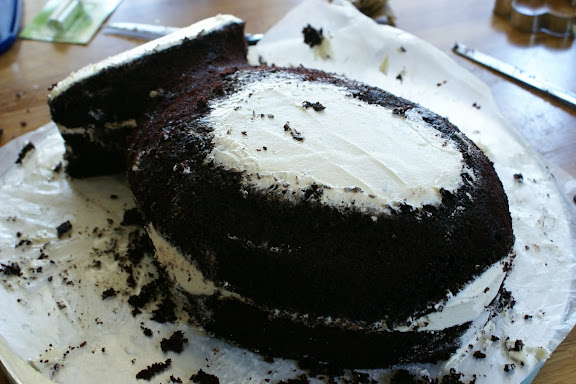 The second trim is much better: Rich Trawick to the rescue! Master Carver! 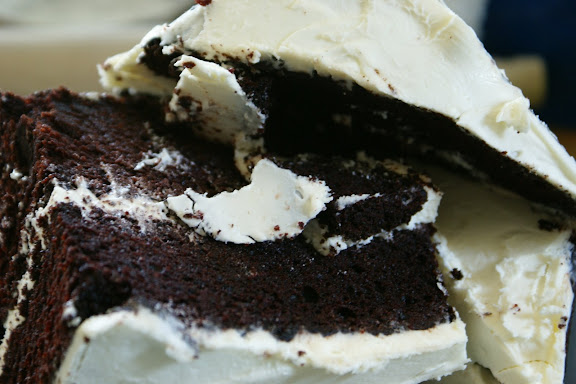 Delightful carved away cake, to be eaten at a later time by probably Rich Trawick 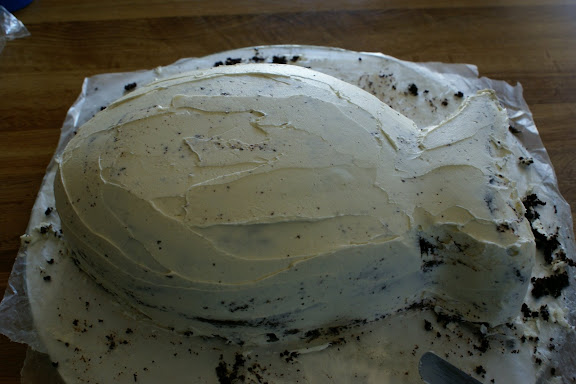 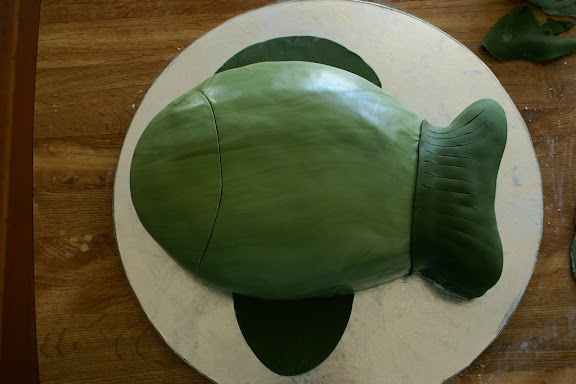 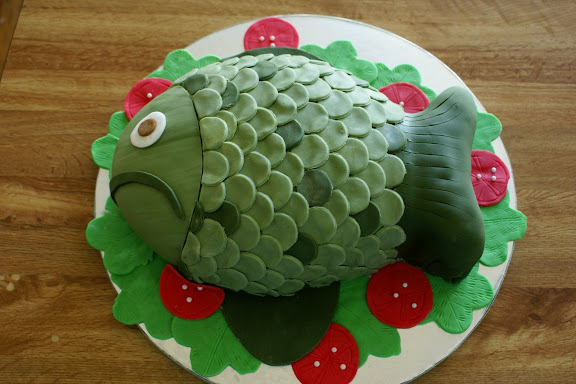 Much later: the finished product!! Tomatoes and lettuce, and Rich helped perfect the scales! 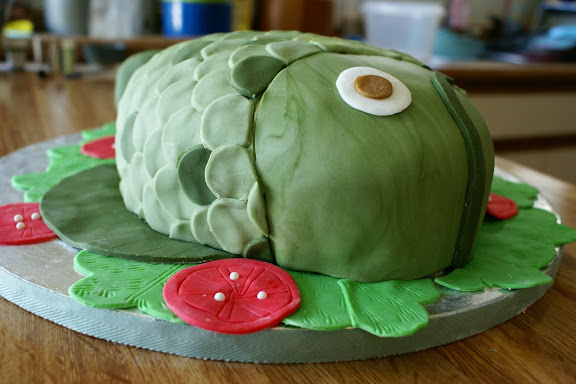 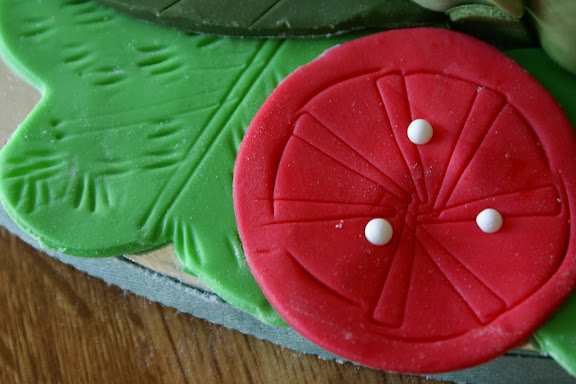 Close-up of my cute little tomatoes and veined lettuce. 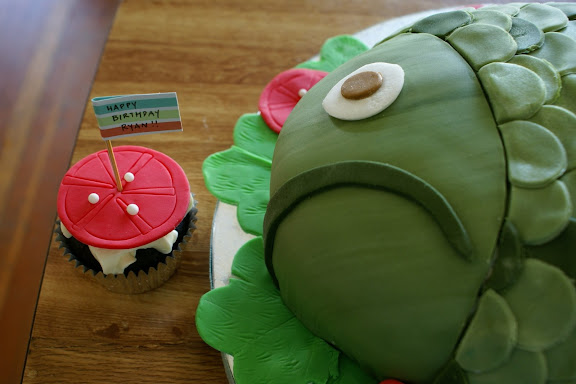 Adele, hope Ryan had a great birthday party!!! Til next time blog world,