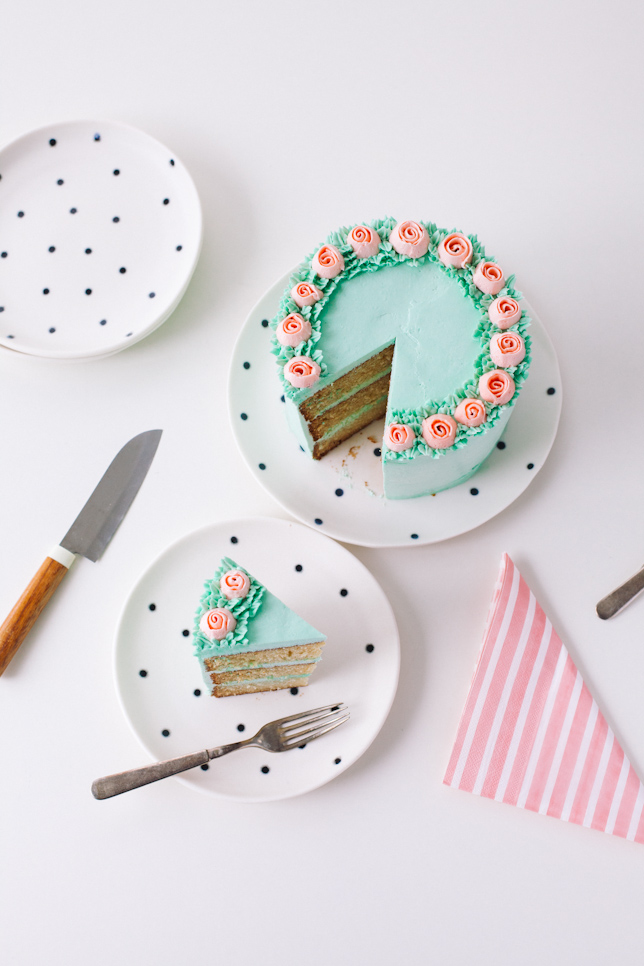 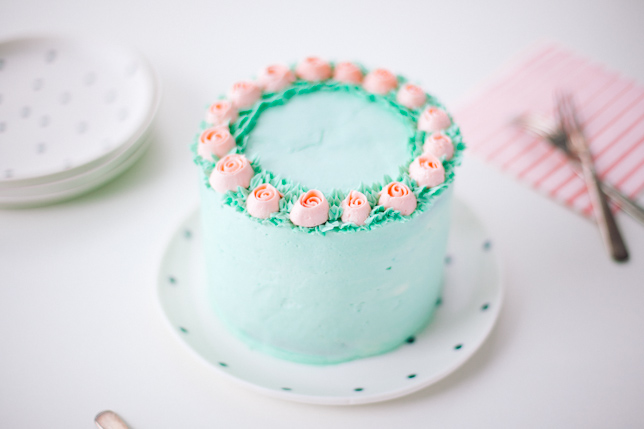 SPRING! In my neck of the woods, this means cherry blossoms blooming, lil green leaves sprouting up everywhere and sanity-saving sunny days of playing outside. Perhaps it means taking up running again and getting some fitness up in this muffin top?? 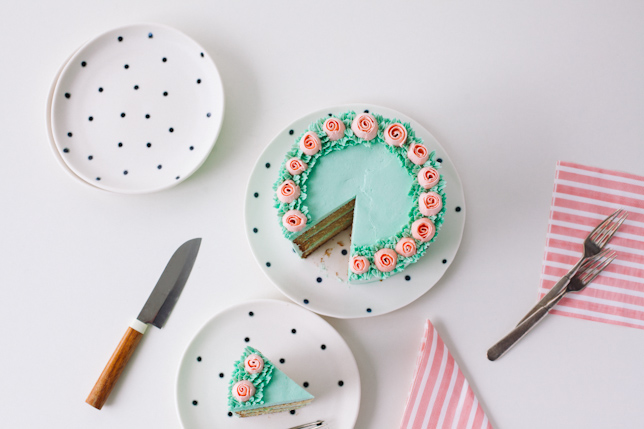 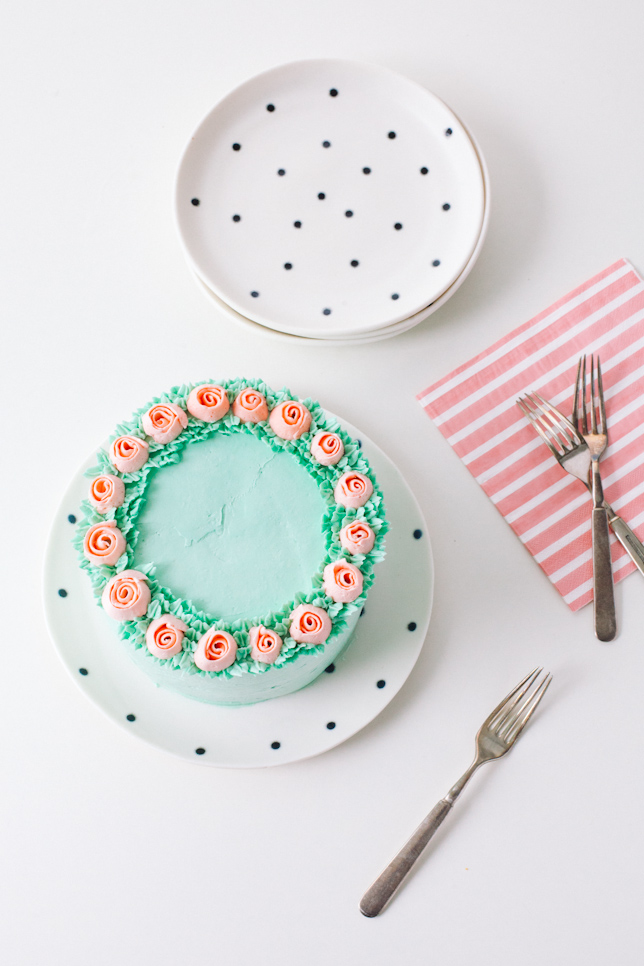 It definitely means busting out the piping bags for some extra pretty Spring-in-your-step cakes. I love the look of the buttercream ribbon rose cake – the ribbon rose is pretty much exactly what it sounds like – a tight little ribbon of buttercream that forms an adorable mini rosette. This whole mint green/peachy rose look is giving me a serious 1990s Laura Ashley vibe/Cabbage Patch Kids/Anne Geddes mega vibe which of course I’m very into… 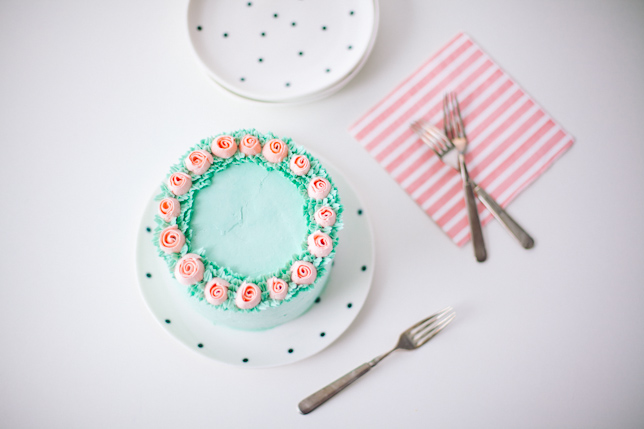 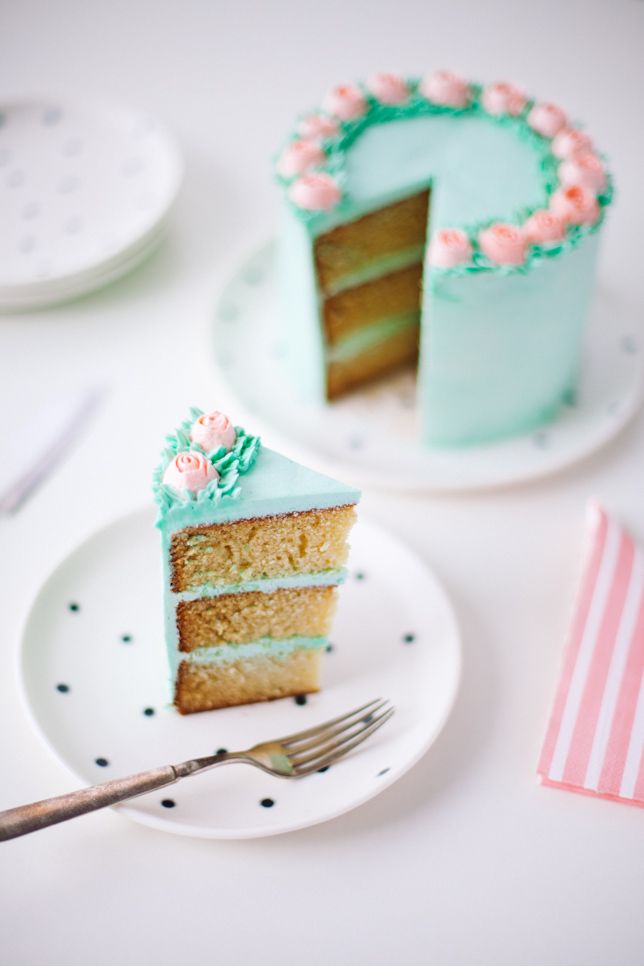 I was just telling Teddy about what it means to make someone that you love feel good. He was telling me that for Easter, he would give me the Easter eggs which he didn’t like the look of… so I said what would really be special is if you gave me the one that was actually the one you really liked. Then I started telling him about the time when my sisters and I were kids, and Cabbage Patch Kids were all the rage in 1982, those rock-hard-faced dolls were the most coveted toy of Christmas that year, each with a signature scrawl on their butt. My sister Shelley wanted a brown-haired one, that was her big wish – I wanted a brown haired one too… but when we tore into those wrapped tell-tale boxes, my sister ended up with a red-haired one and I got the brown-haired one. HUGE TEARS erupted from my sister as she was so sad she didn’t get her brown-haired one… I immediately went over to her and told her she could have mine (even though I really wanted the brown haired one too!) and I ended up with little ginger Arianna with the carrot-orange braids. This is probably my first memory of being empathetic and compassionate, at 6 years old. NOT TOO SHABBY, LITTLE ME! 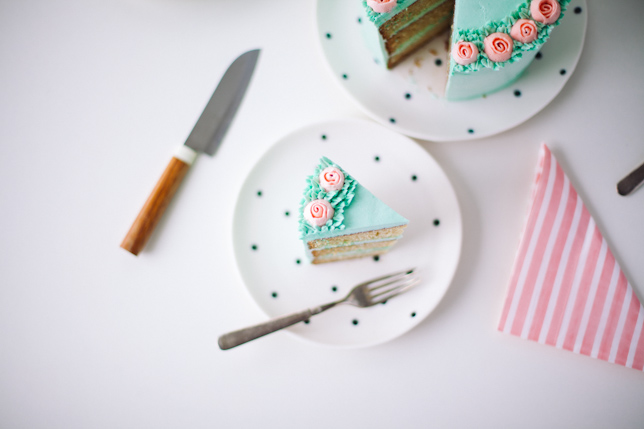 A few weeks ago Teddy and I made strawberry ice cream from scratch, and the frigging waffle cones too. Other things we’ve made together include pancakes, waffles, chocolate chip cookies, cupcakes, banana chocolate chip muffins… he loves cracking eggs, even though I’m holding my breath every time he does it (entirely non-gracefully, with large shards of shell embedded in yolk and whites). I want to give him these baking experiences, and to show him that things don’t have to come from a store, and to spend time with him in the kitchen (also so he thinks my job is cool, hehe). I’m guessing 20 years from now he will look back and appreciate baking with mom… :P 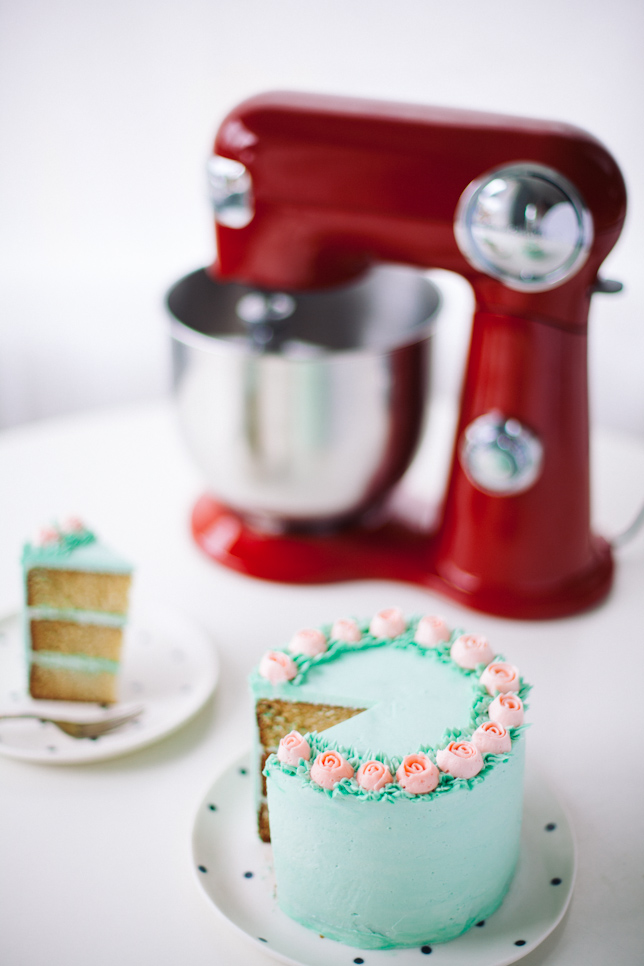 For the yellow cake

For the swiss meringue buttercream