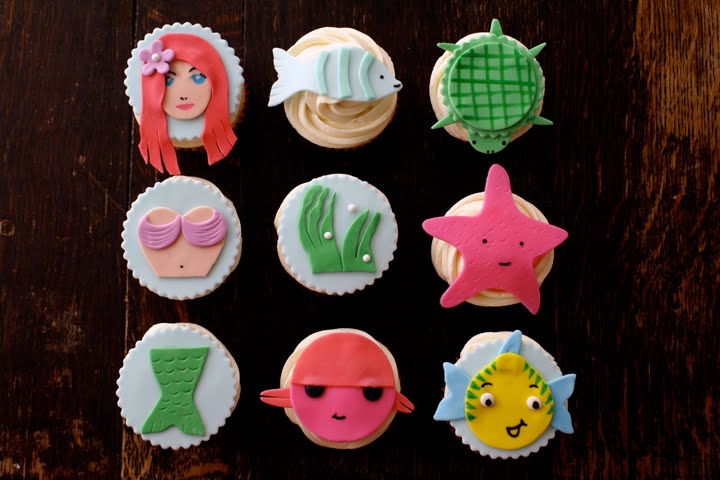 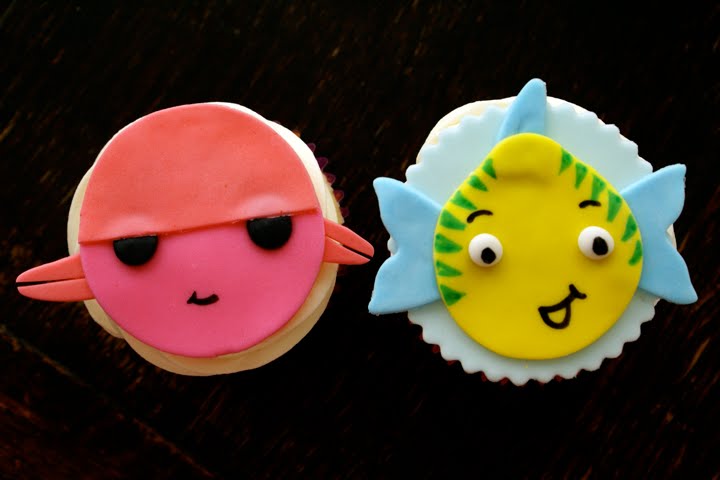 My version of the crab dude and the yellow and blue fish buddy (uh, Sebastian and Flounder, respectively) 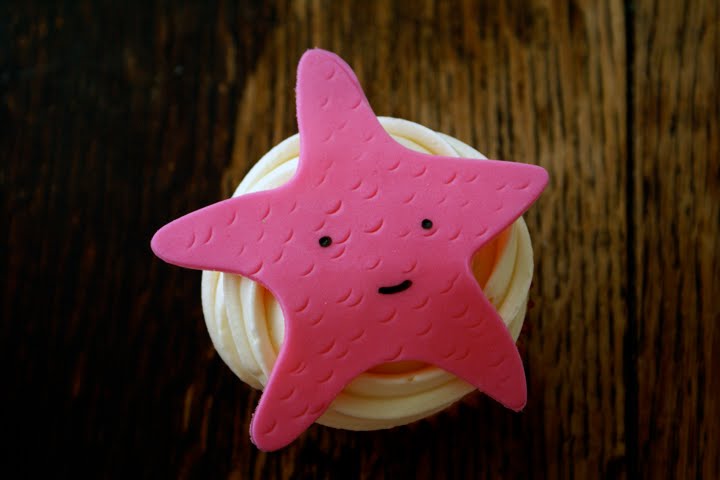 This guy! Back and still partying it up, casual times style! He really needs a pair of sunglasses I think. 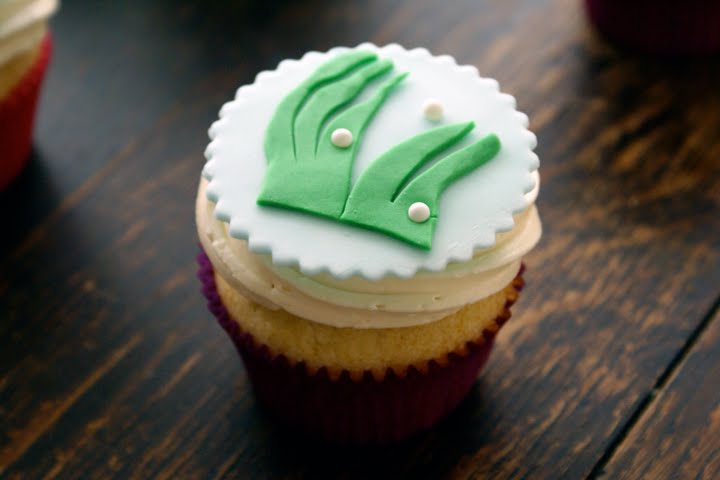 Seaweed blowin’ in the (sea) wind 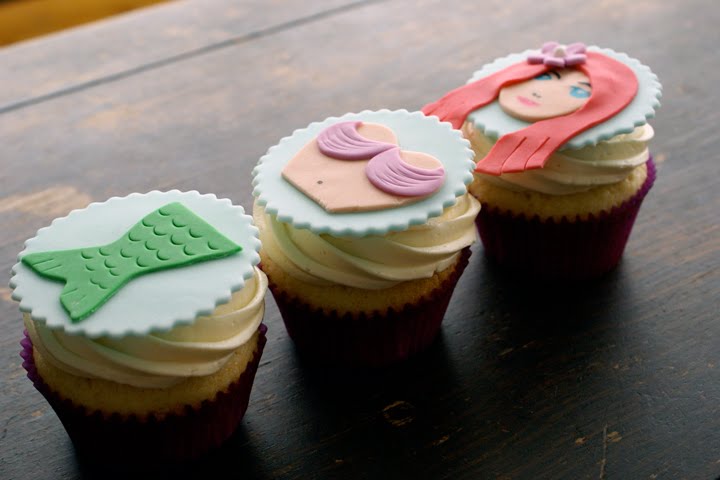 What? They have those magician tricks under water too?? 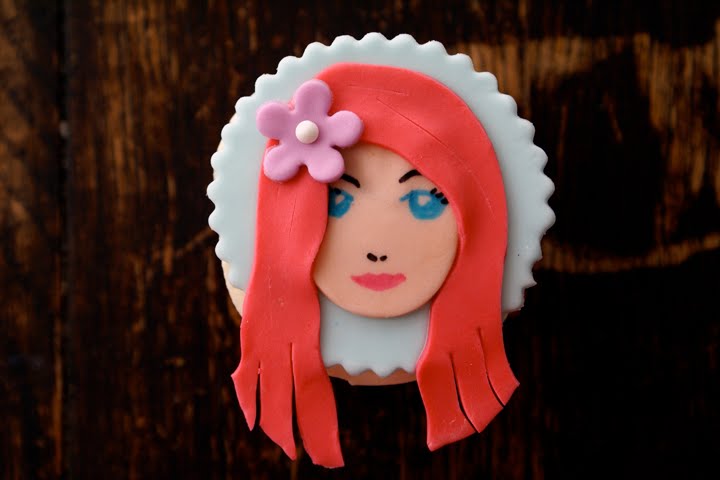 That fiery rascal of a defiant teenaged mer-girl, Ariel 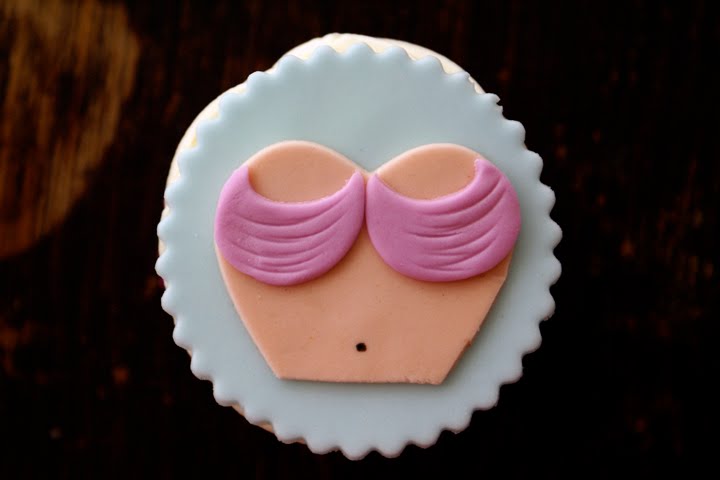 Ariel’s chic purple shell bikini top! Only the latest fashion will do. 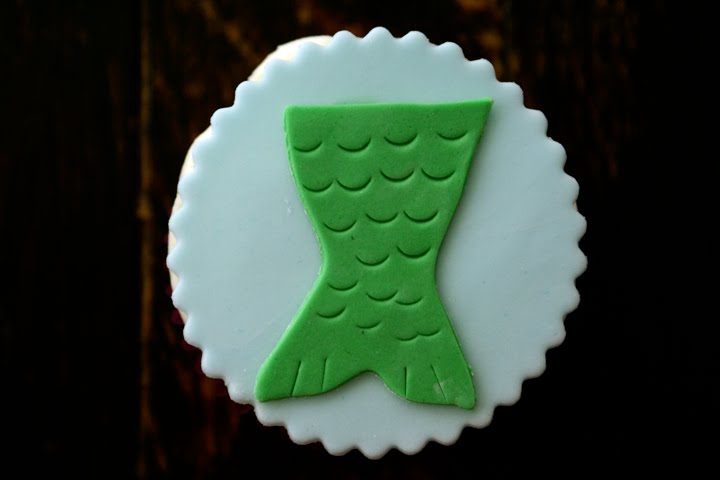 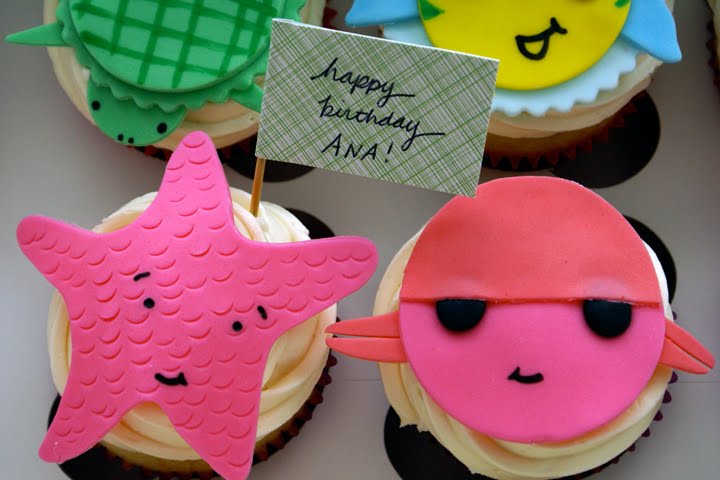 Starfish and CrabMan are wishing you an HBD! 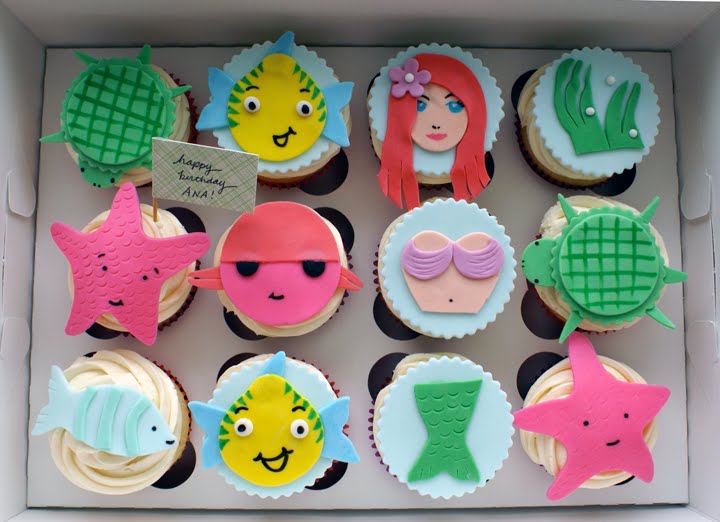 I must’ve seen the 1989 version of The Little Mermaid about 57 times. Come onnnn, don’t judge, I was 13 when it came out! Plus my little cousin Katlin adored the movie so whenever we went to visit we would watch it! I recently got re-obsessed with the original 1975 Toei Japanese animation of The Little Mermaid, where the mermaid actually dies and turns to seafoam at the end… sadness!! I even got so crazy as to track down a guy in the States who remastered a European VHS version in digital and burns his own DVDs of the movie and makes his own DVD cover. Yes, I bought a copy from him. I’m crazy like that.

Yes, I still know every word of every song in the 1989 version with that devilishly red haired defiant teenaged mer-girl Ariel. Yes, the 1975 Toei Japanese animation one still makes me cry.

Back to cupcakes… a recent fun Coco Cake order: my mom’s cousin Justine ordered Little Mermaid themed cupcakes for her daughter Ana’s birthday- they were having a Princess Ariel themed tea party! I hope these cute little “Under The Sea/Little Mermaid” cupcakes were enjoyed with dainty tea cups and cucumber sandwiches!