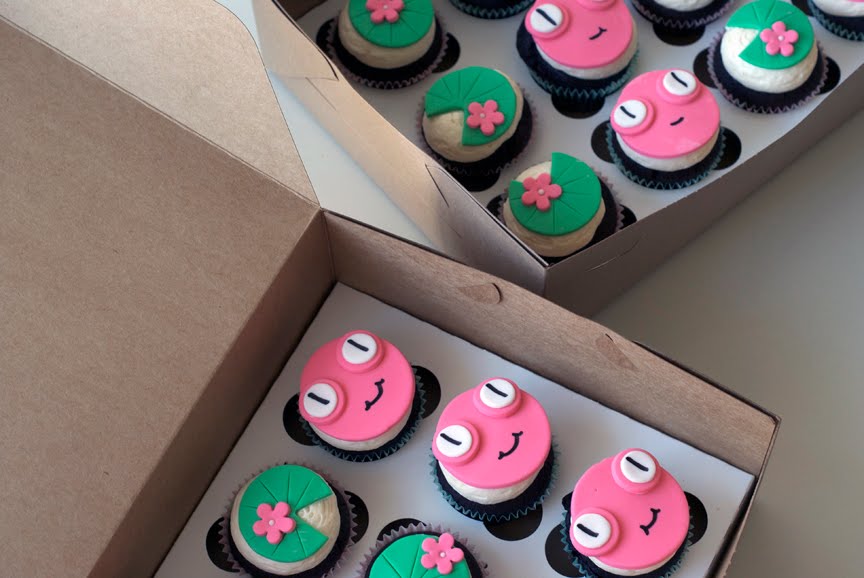 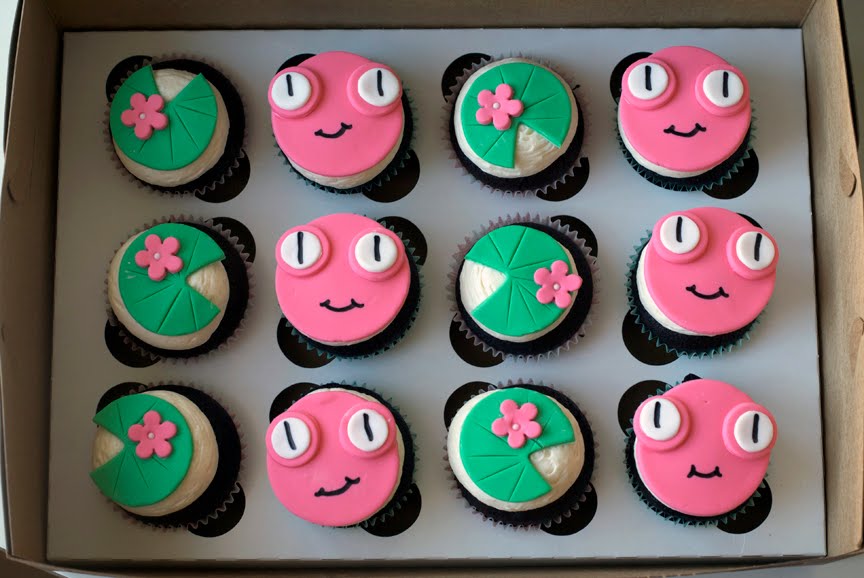 These froggy eyes are smilin’… those lilypads remind me of green Pac-mans with flowers. 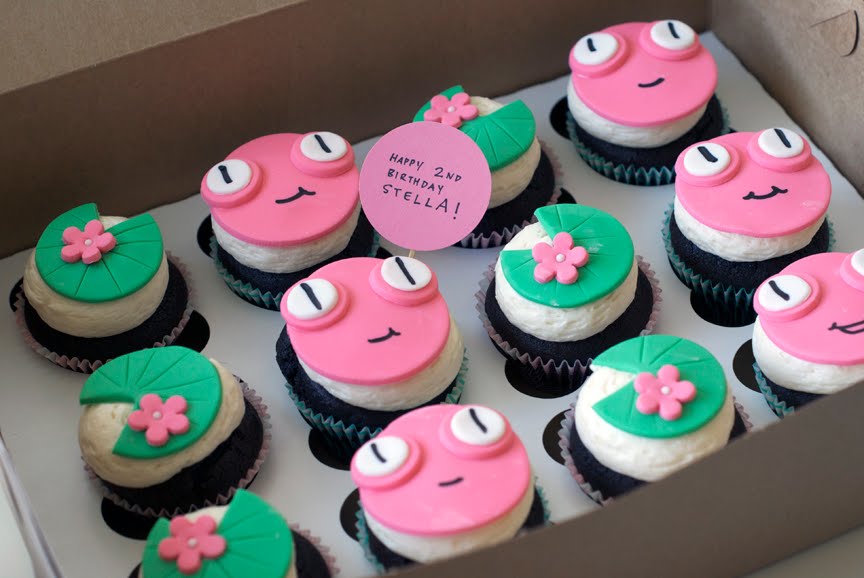 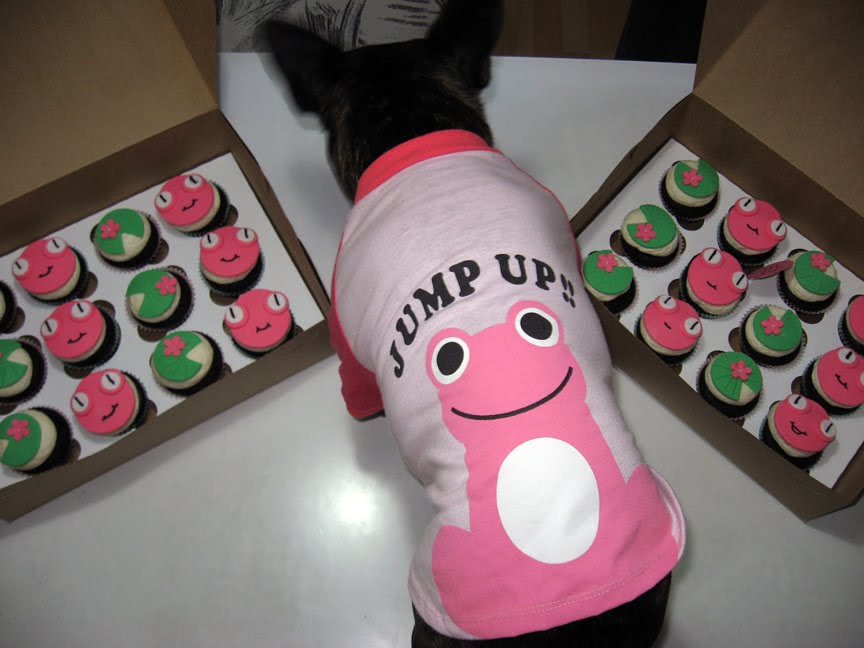 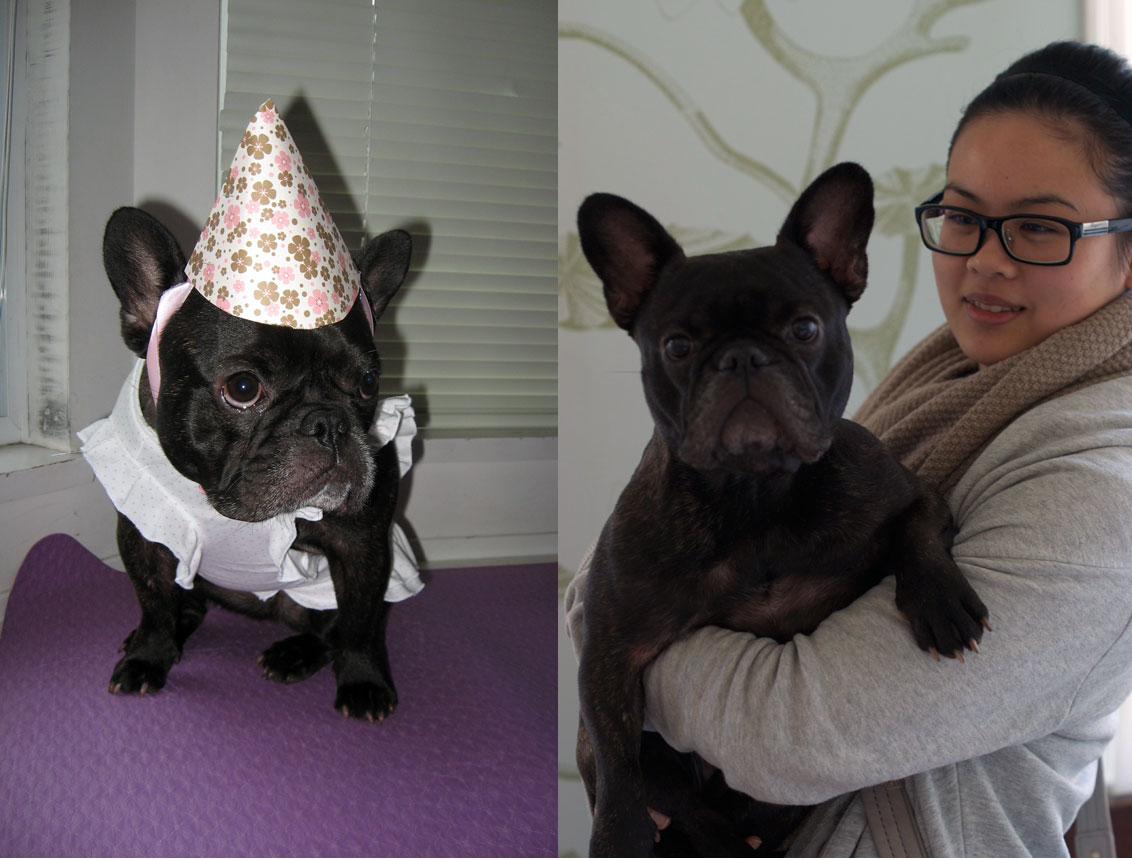 I know I say this often but I really have the coolest customers. Some of those cool customers have some super cool dogs, dogs they love so much that they hold BIRTHDAY PARTIES FOR THEM! Yes!!! I have been feeling a bit dog-crazy lately. Like every time I see a dog on the street I have to stop and look and marvel at their cuteness or hilarious-ness. Rich and I recently went on a youtube link labyrinth of dog insanity, watching video after video of different dog breeds. I think my favourite dog after watching those videos was one of those giant brown fluffy Newfoundlanders! They seem so sweet and friendly, and they are “perfect companions” for kids! Although they would also be the craziest dog to own because they are HUGE and they slobber like crazy. Plus, larger dogs tend to have shorter life spans, which already pre-breaks my heart thinking about my (non-existent-but-what-if) Newfoundlander leaving this world and passing on to doggie heaven. Rich thinks they’re cool because they’re awesome swimmers and he could take one sailing and “it would totally save you if you were drowning!” this is true… If I got a Newfoundlander I think I would name him… Coco. HAHA!

Okay, major aside there. Denise has both a cousin and a DOG named Stella… and she has ordered cupcakes for both Stellas in their life! I love it! She thinks her super cute French bulldog Stella looks like a froggy, and even has a T-shirt for her – ! I got to meet Stella when Denise came to pick up the cakes! Holy cuteness! Stella the dog did in fact eat the frosting and fondant, but avoided the dark chocolate cupcake underneath… smart pup!!!

Anyone else out there have birthday parties for their pets? TELL ME EVERYTHING, please! I would totally have a birthday party for my future Newfoundlander named Coco. Oh boy.

Happy birthday Stella!! Thanks Denise for the fun order!

5 Responses to “Stella The Pup & Her Frogcakes”