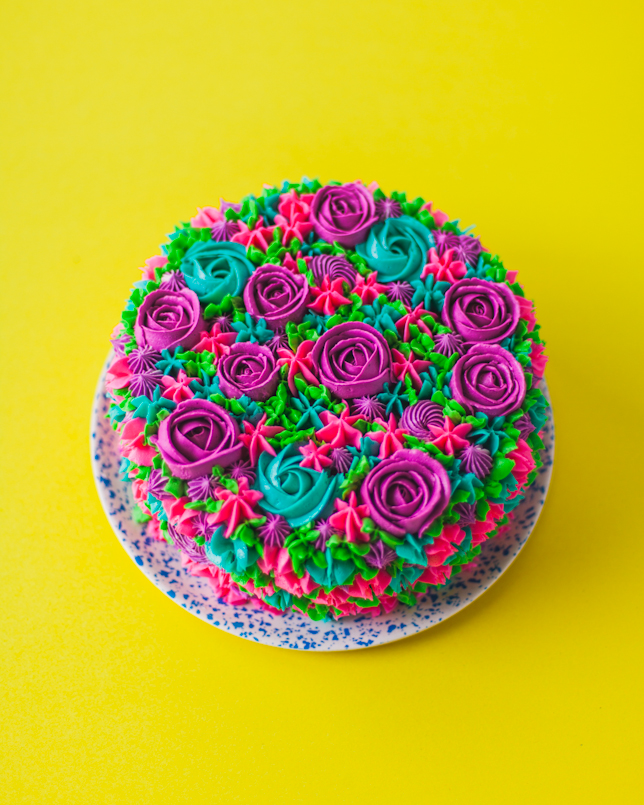 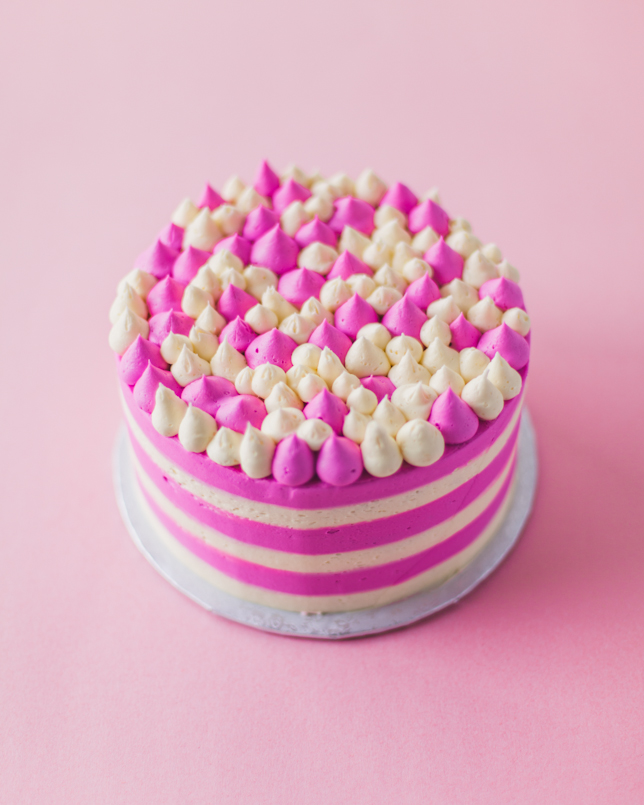 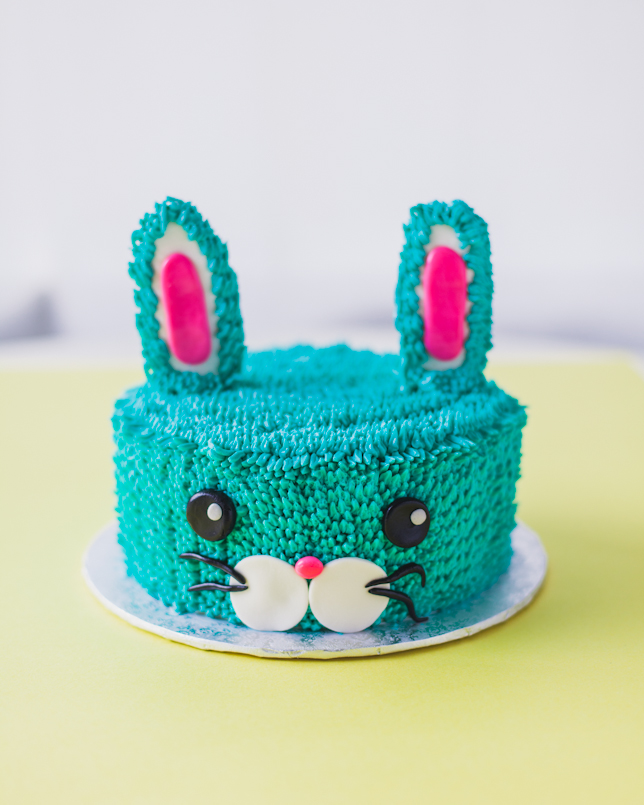 Boy oh boy oh boy. I didn’t realize quite how far behind I was on blogging until I decided to sit down at my computer and hammer some posts out! Back in September, in support of my cake book, I was featured on the CBC program “Our Vancouver” with Gloria Mackarenko! I grew up seeing Gloria on the news. Apparently she had seen my story in The Vancouver Sun and wanted to have me on her show! I didn’t sleep super well the night before because: live TV!! and I made three cakes to bring PLUS a cake to demo, with Gloria helping to pipe some buttercream fur! 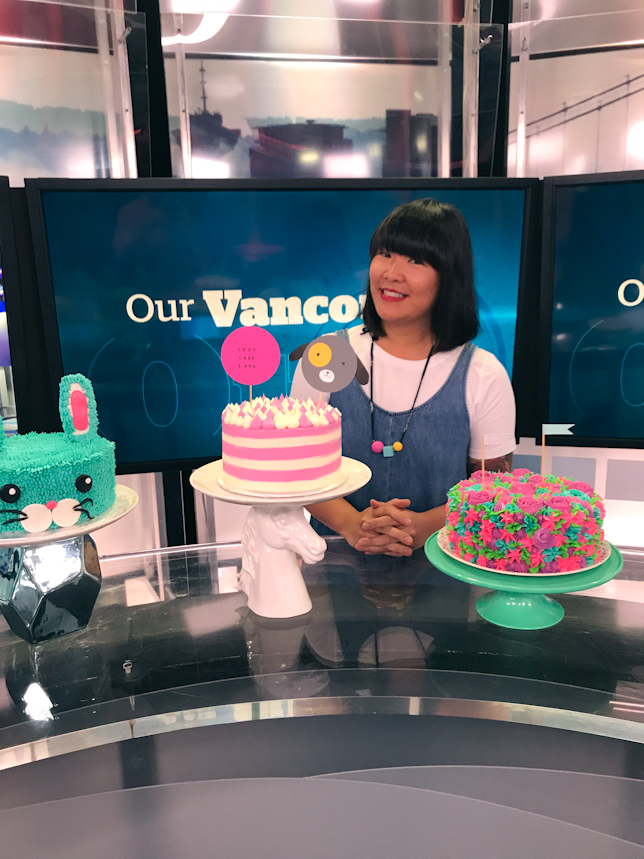 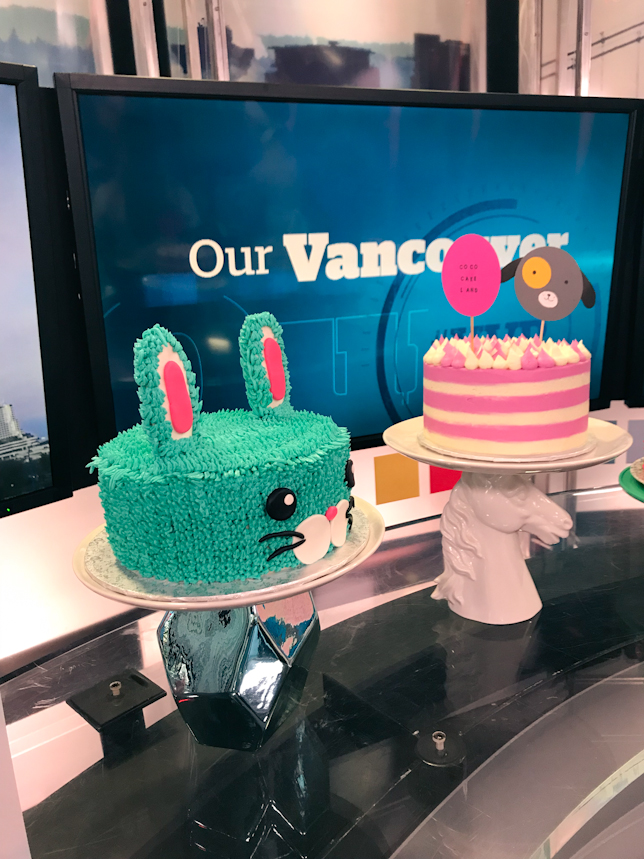 Gloria was so kind, and she really put me at ease, and in the end, it wasn’t so bad!! In fact it was kind of fun! There was one camera person, and a sound person, and Gloria – so pretty chill, if you don’t think about the fact that people will be watching this on their home televisions! 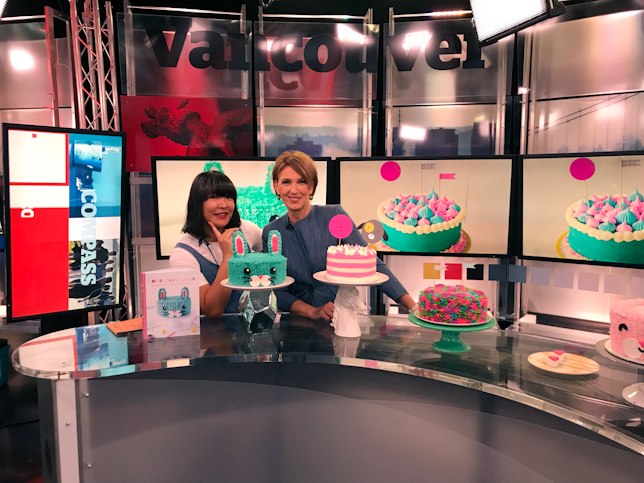 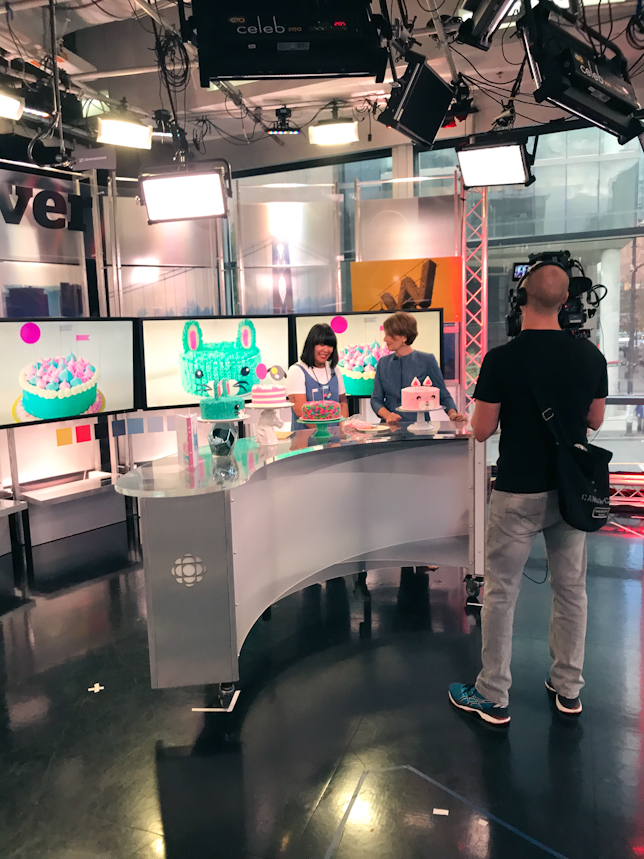 Thank you to my husband RT who escorted me to the television station, helped me carry all my cakes and stealthily snapped these pics! You can watch the segment here. Seeing my parents and my son Teddy lose his mind over watching his mom on television was reason enough to do it! Teddy was so darn excited, it was really so cute!! I found it 83.5% mortifying watching myself but I did better than I thought I did, ie – I didn’t sound like a total turd. You can watch the CBC Our Vancouver Coco Cake Land segment here, if you’re so inclined. Thank you CBC Our Vancouver and to Gloria for reaching out! xo Lyndsay

The House(s) That Gingerbread Built

How To Make A Fox Cake

Pastel Painted Cake – Something Pretty To Gaze At