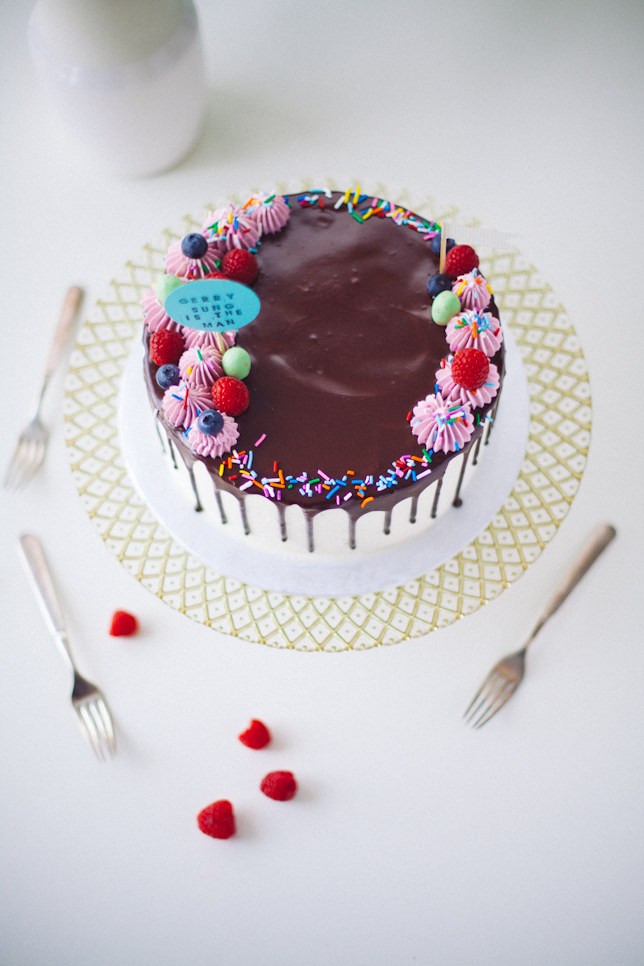 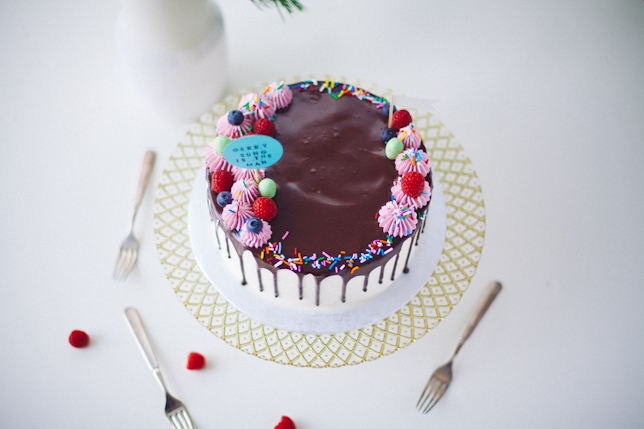 Play hard, play fair, play clean. CLEANSPORT. This was a slogan to one of my dad’s myriad of business ideas, I believe this one was around 1990?? A dry-cleaning business for the local NHL team, the Vancouver Canucks. That slogan in particular has stuck in my brain for decades. My dad Gerry also had a titanium bicycle company. And a car memorabilia shop in Yaletown, way before Yaletown became this hub of fancified capitalism that it is today. But Gerry was a produce man for most of his working life, fruit and vegetable purveyor, the beloved jovial VP, just as he is now a pickle ball man in his retired life (and a dealer of pickle ball paddles!). No pickles involved however – just a woofle-type plastic ball, oversized paddles and a badminton court inside a community center gymnasium, the squeak of clean sneakers and many enthusiastic seniors. I also recall, while helping him clean out the garage of our childhood home before my parents sold it, coming across business proposals from other folks, including a “smoothies and wraps” restaurant to be housed at the Vancouver airport. People were always hitting him up with business ideas, just as I have run several past him over many years. Dad, remember the clunky red Mercedes Benz that some guy gave to you, to try and repay a loan?? Hehe. 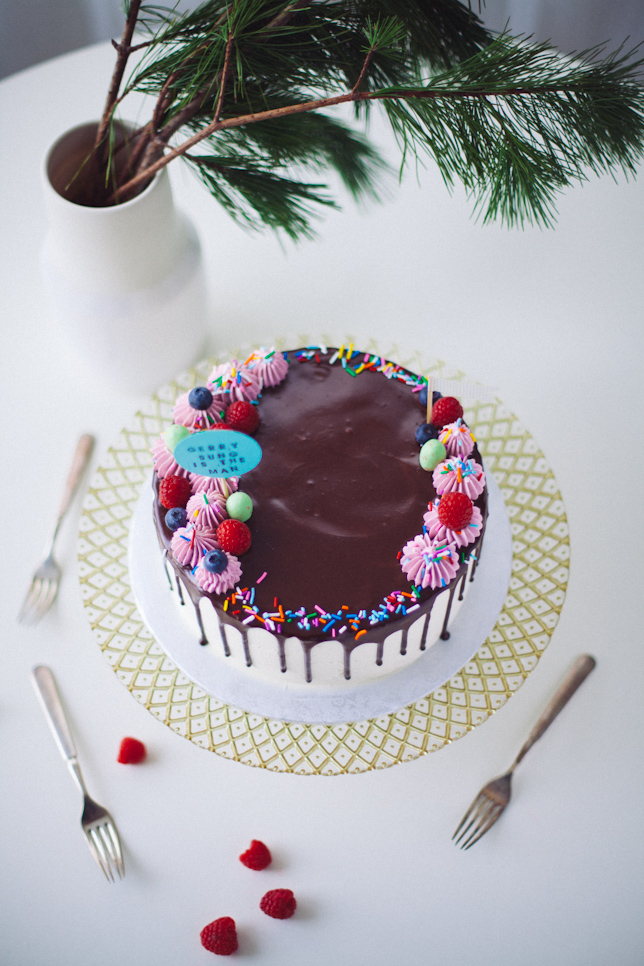 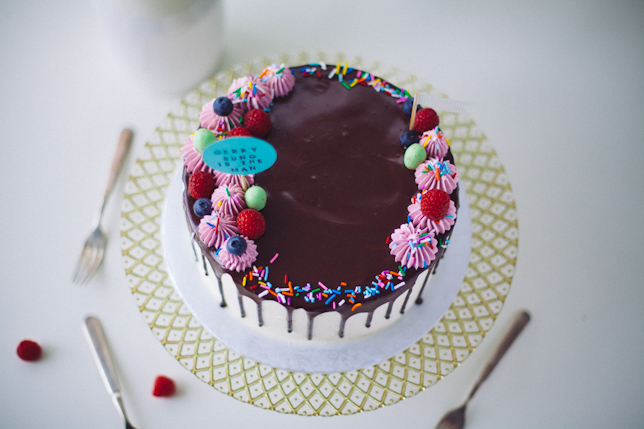 My dad is 73 years old, an age that sounds on paper to be rather ancient. But when I think of him, he is the jokiest, and kindest and most generous of people. He is perpetually cool as a cucumber, in his Hawaiian shirt, sunglasses, or matching his sock colour to his shoes. Fresh Gerry Style! My dad has had his fair share of health problems, including emergency open heart surgery in 2010 to repair a torn aorta. He was on the ski hill at his volunteer job. He keeled over but was still able to talk. Two doctors happened to be close by and diagnosed him quickly and urgently. It was the 2010 Olympics, so the ski hill was a no-fly-zone – he was whisked down the mountain on a rescue sled then flown straight to the hospital in Vancouver, where he was then rushed into an operating room. I remember coming to the hospital, only my sister had had a chance to see him before he went in – I was so scared, tears pouring down my face as we huddled in the waiting room. We were eventually told to go home, as the surgery wouldn’t be completed until 2 in the morning. I slept at my mom’s place, but barely slept a wink – the phone rang at 230am, my mom spoke to the surgeon. Dad had survived. 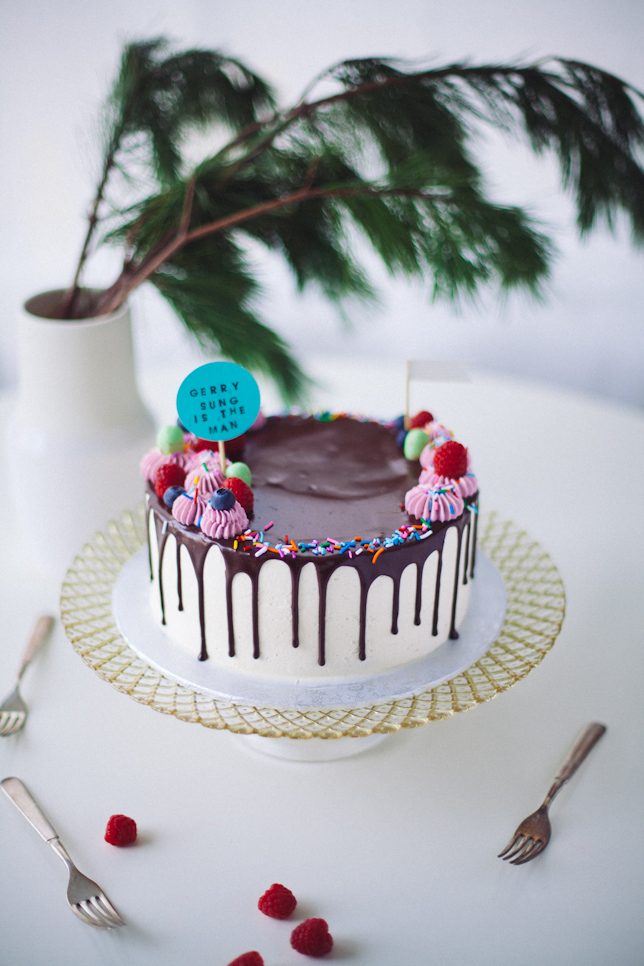 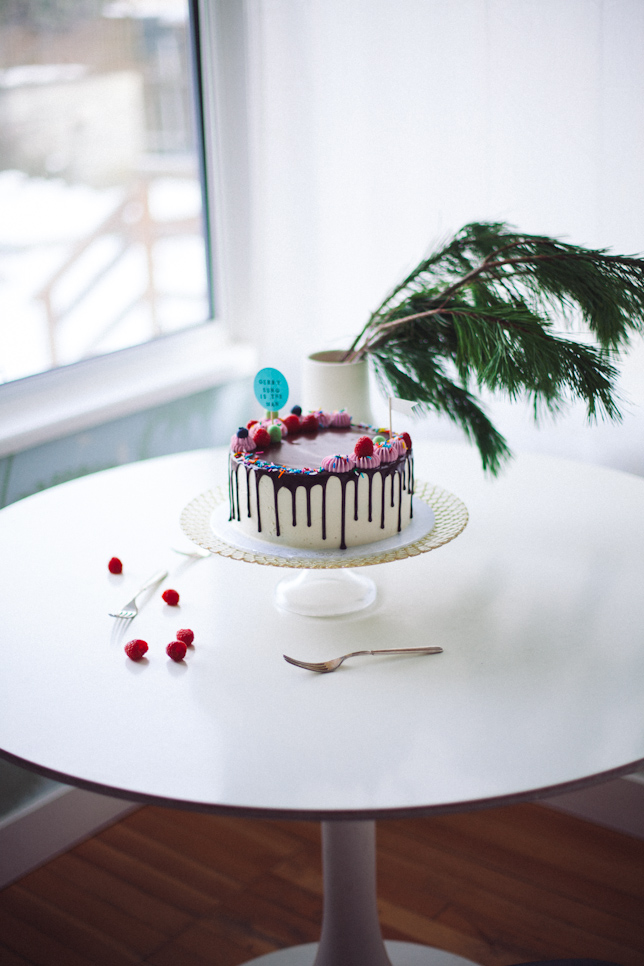 Admittedly, I worry about my dad every day. But every day I also feel so lucky to still have my parents in my life, and for Teddy to know his Poh Poh and Go Go, and to love them and laugh with them. Every birthday cake I get to make, for any one of my loved ones, no matter their age – I feel like there’s a million micro-feelings baked into each one, unseen, but felt by me. Particularly when candles are lit, and the first clumsy bar of amateurs singing Happy Birthday begins – it fills my heart.

I saw Moana over the holidays with my sisters and all our kids, and I wept through the entire thing. I’m not sure if it was brought on by the fertility drugs I had started taking, but there is this awesome grandma in Moana who is a total nut and just so totally wise and cool. The type of grandma I aspire to be! From the moment her death is foreshadowed with an unsteady wobble of a cane, my eyes welled up. I ached for my own grandma, and missed her so much. My Poh Poh was the coolest of the cool and I think about her and miss her a lot. This movie, I tell ya. It has heart. It has the music. It’s got jokes and beauty and an awesome headstrong powerful young girl at the forefront. TEARS!! 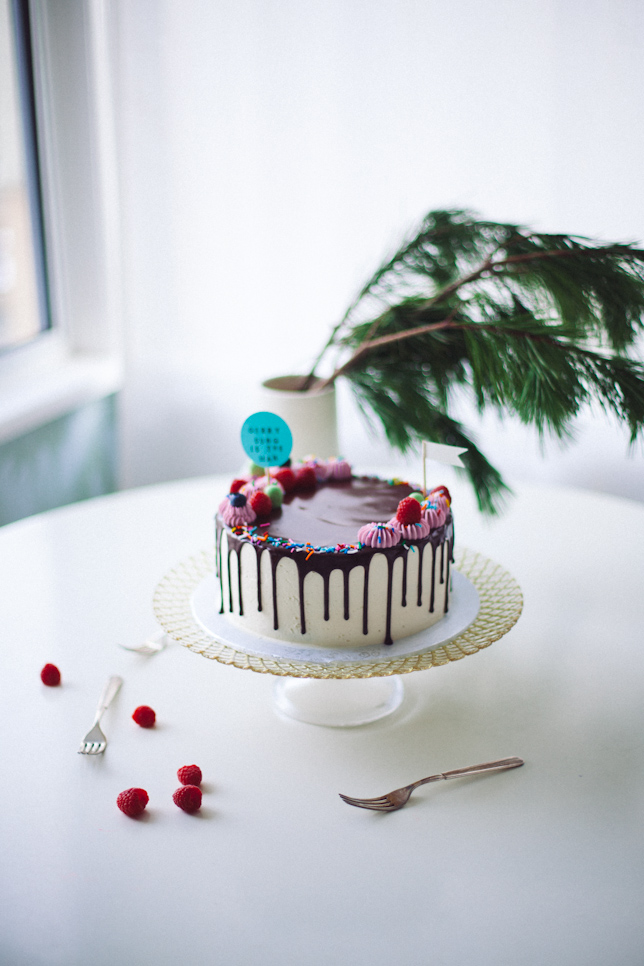 Additional all Italics side note: only a few months ago Rich and I started watching Downton Abbey, because I like to be at least five years behind on my culture maven-ing and au courant-ness. Every episode I scream at the TV “WHY ARE YOU GETTING DRESSED UP SO INSANELY FOR DINNER WITH JUST YOUR OWN FAMILY!???” and also, the concern of a maid or valet leaving or being fired (or being imprisoned) – “whatever are we to do???” Idea: DRESS YOURSELF. YOU CAN PUT ON YOUR OWN PYJAMAS I KNOW YOU CAN. I realize by the third season the storylines are getting a little iffy and rickdickulous and supremely soap-opera heavy but it’s my main source of distraction right now, so let me live. If I could be anyone on Downton it would be Mrs.Patmore, BTW. She throws around salmon mousse and vichyssoise and souffles like a casual dream, and damn she can plate! Do you see those beautifully refined cakes, trays of perfectly cooked fish, raspberry mousse? Woman is a fine food stylist and has the best sense of humour. 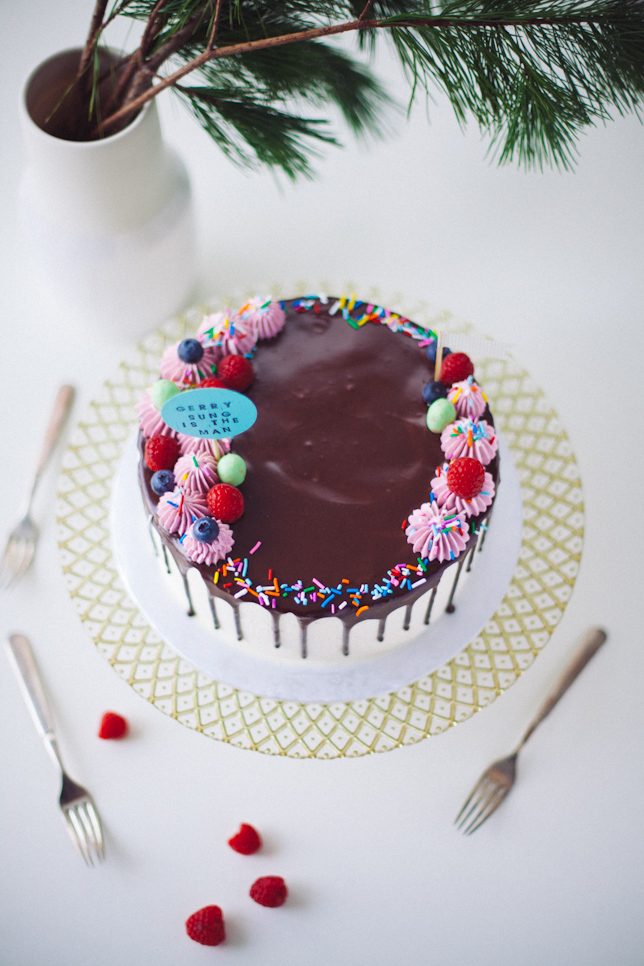 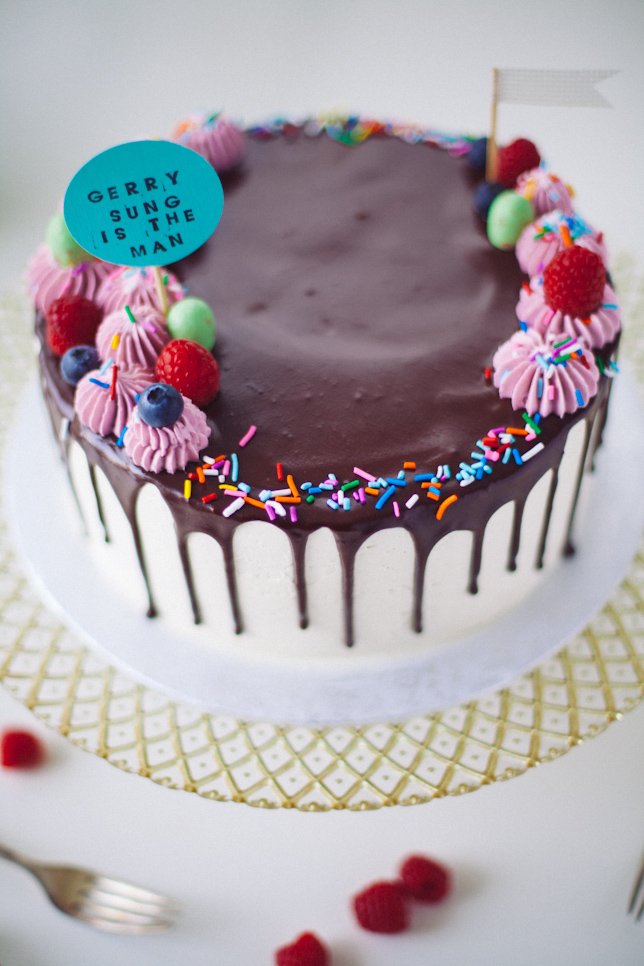 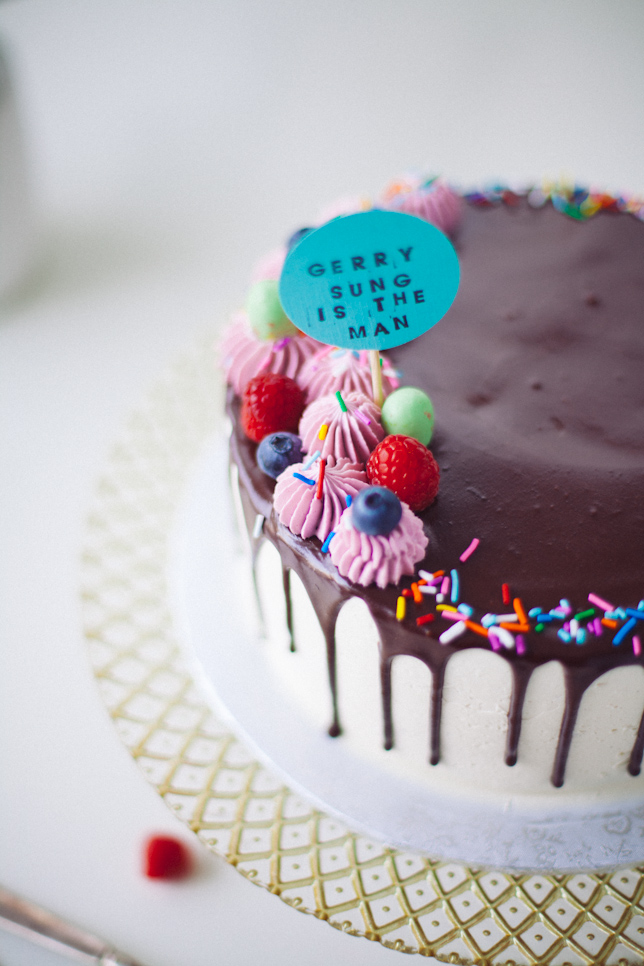 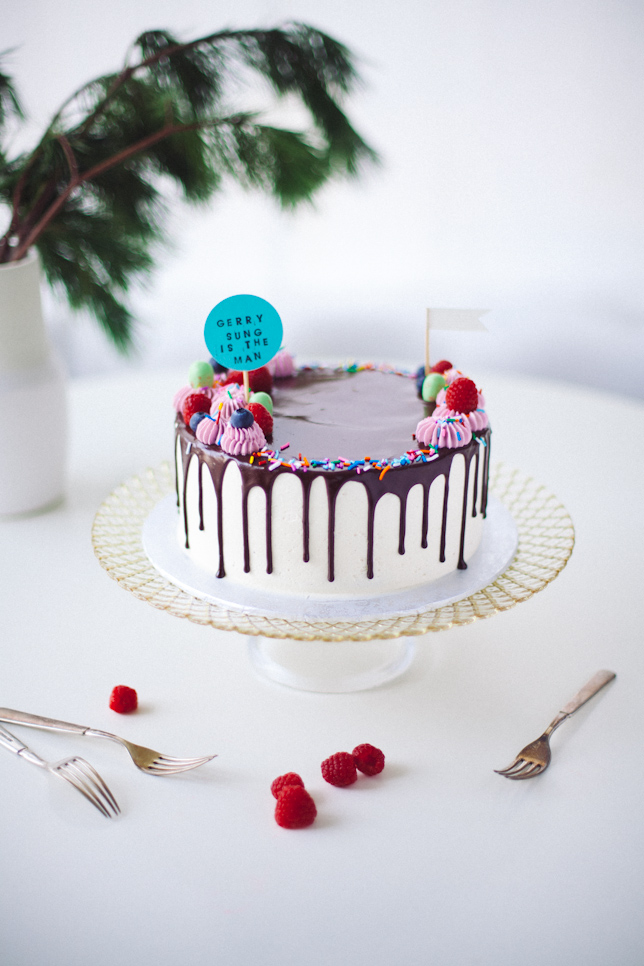 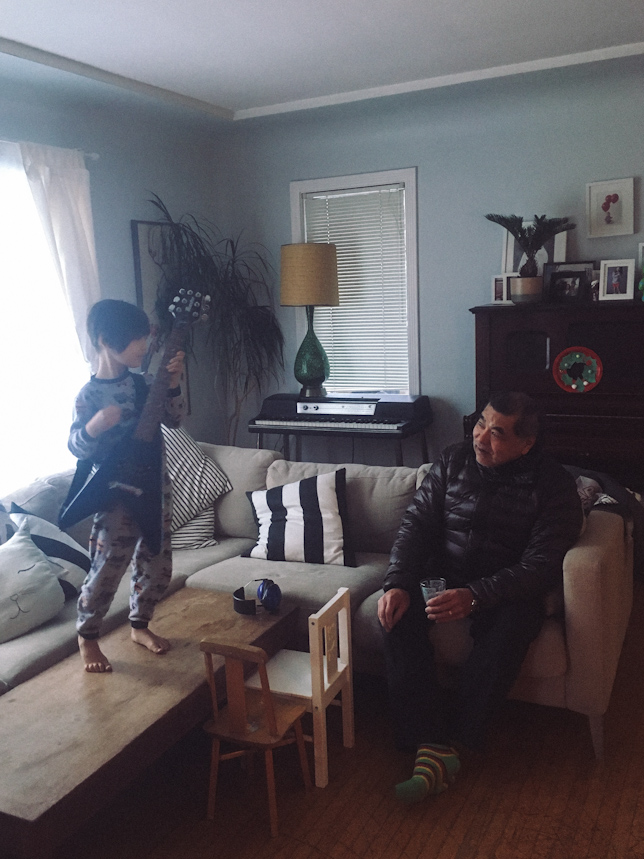 Gerry Sung is the man indeed. Here he is, being amused by Teddy performing “onstage.” I love you so much Dad! Happy happy birthday! Here’s to staying healthy, and happy fun times in 2017! xo Lyndsay