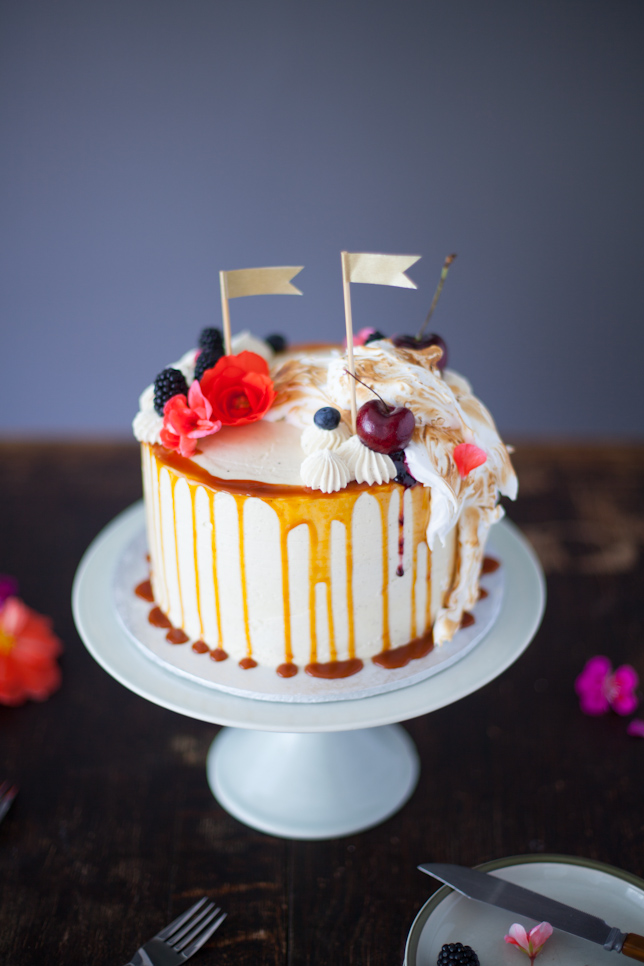 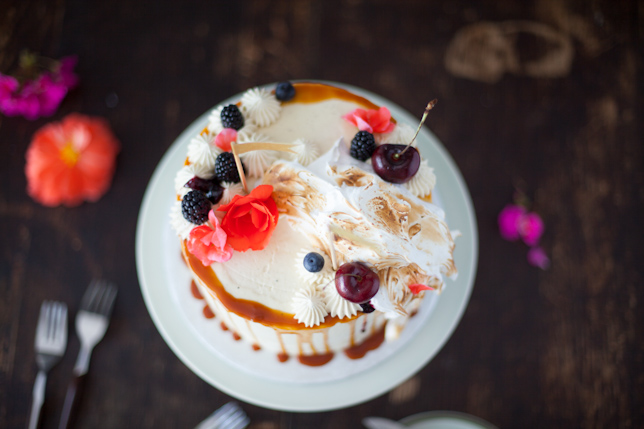 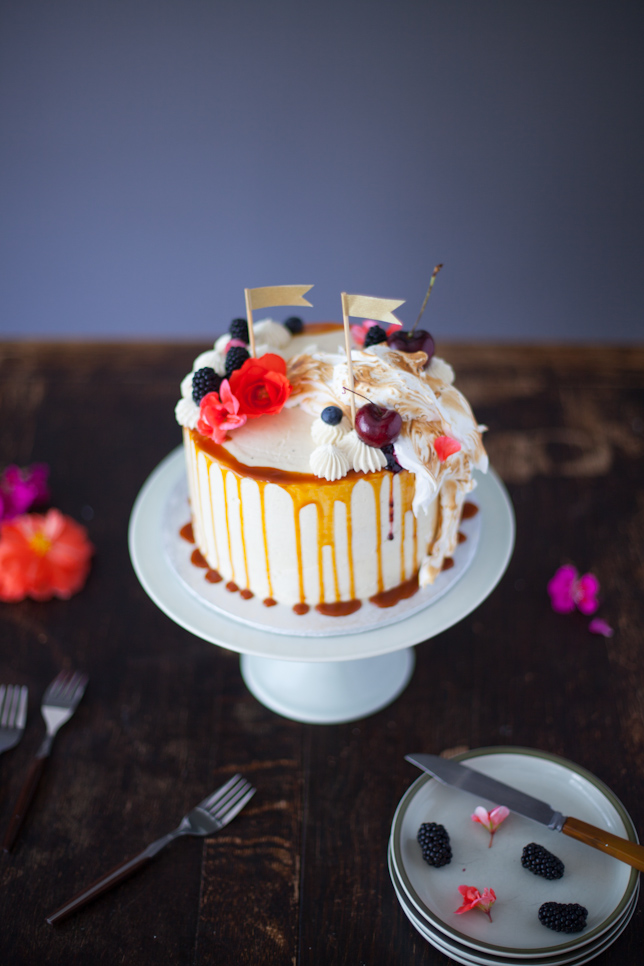 Fragrant earl grey buttercream, tangy tart blackberry-laden vanilla cake layers and an artful swath of toasty torched swiss meringue – it’s all a beautiful mess! Inspired by pastry chef Andy Bowdy (his cakes are gorgeously gargantuan, momentous and almost human!), I’ve been wanting to try decorating a cake with the “torched meringue” look – and, with a mini blowtorch burning a hole in my cupboard, the earl grey blackberry cake with torched meringue idea was born! 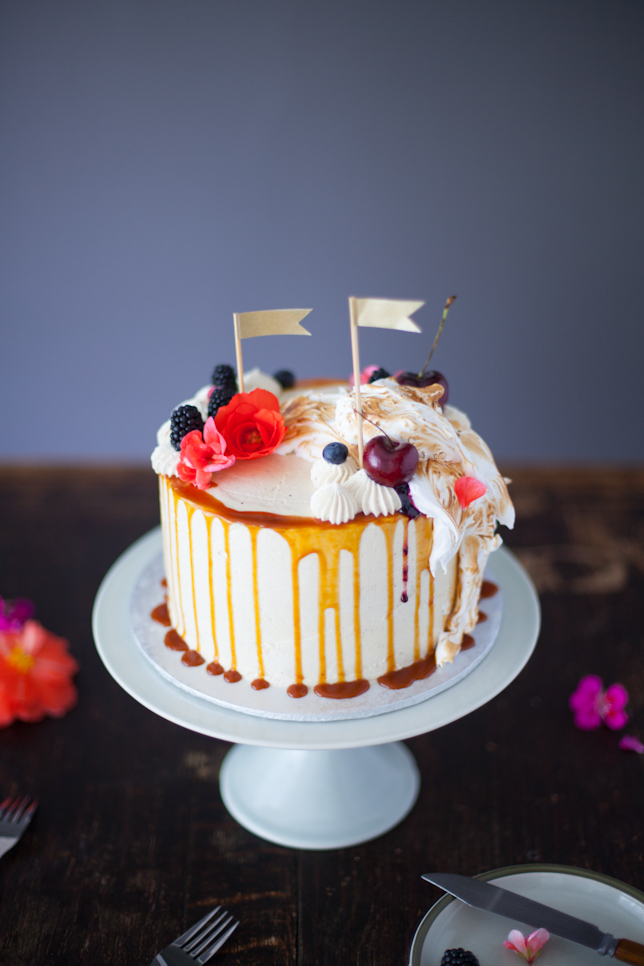 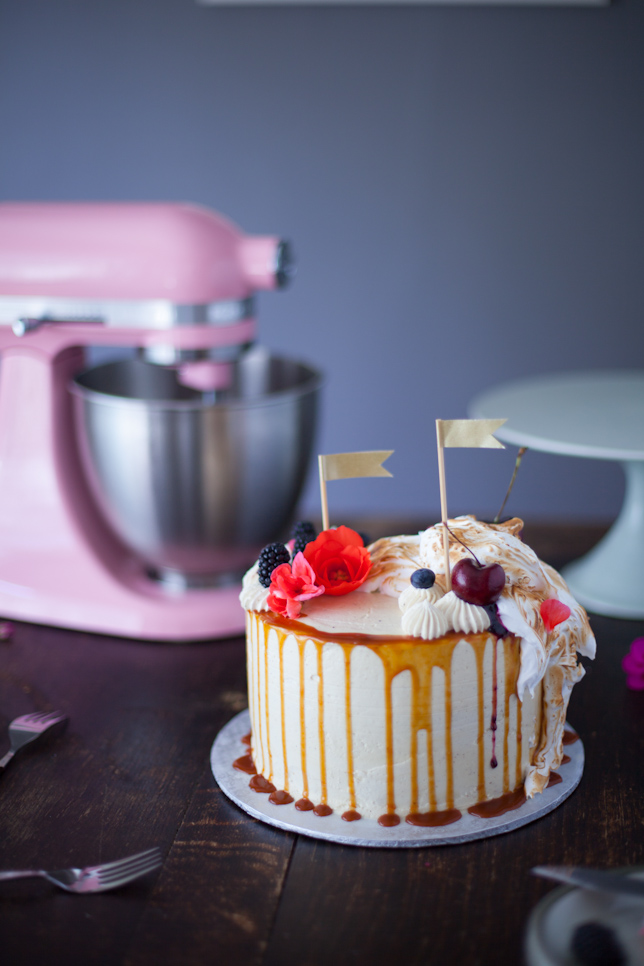 I decided to make swiss meringue for the artful swath, using the same method I use for my meringue kisses – that is, whipping the beautiful daylights out of a mixture of hot egg whites and granulated sugar. KitchenAid Canada sent me one of their new, very cute KitchenAid Artisan Mini Mixers in the mail! When I pulled the shiny pink mixer out of its box, my first thought was “oh my gosh, this is children’s sized.” I really thought it was so small at first and I was worried the cake and buttercream recipes I had in mind wouldn’t fit the bowl… but I was PLEASANTLY surprised that this lil baby whirred up my cake batter, buttercream and meringue just as beautifully as my old classic Kitchen Aid, with no spillover! In fact, the bowl is a generous 3.5 quarts, though it looks small. Which I guess is the point of the mini mixer – it’s compact, and perfect for a small kitchen! My only wish is that the bowl had a handle, as I’m so used to maneuvering the bowl by the handle. (Teddy and I also had fun turning the KitchenAid cardboard box into a race car! Cake board rounds make excellent steering wheels, FYI!) 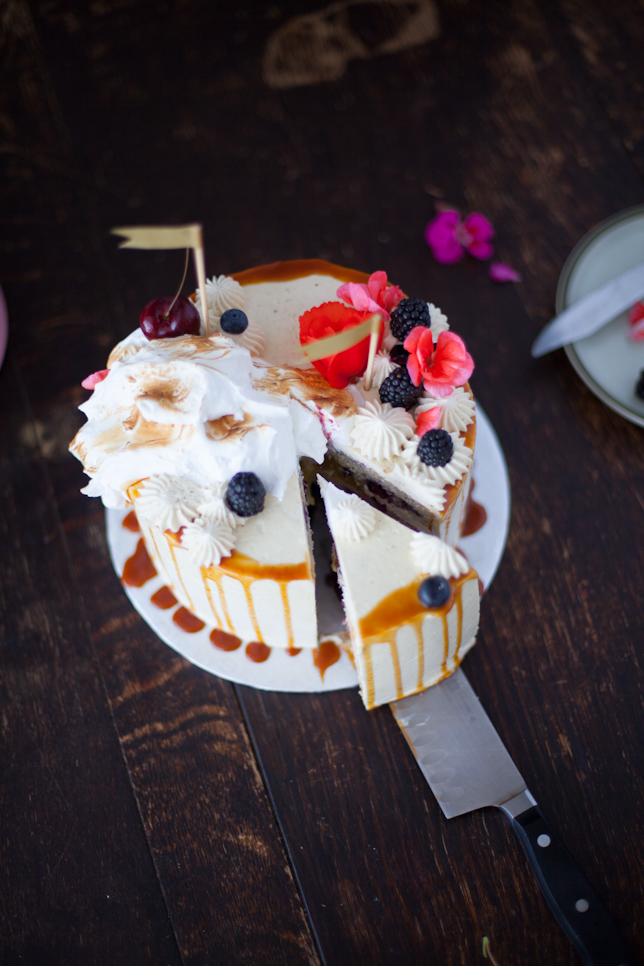 My favourite tips for getting a lovely, fluffy swiss meringue – ensure your bowl is very clean and completely grease-free. You can even rub the inside of the bowl with a wedge of lemon to cut any semblance of grease. Use a candy or digital thermometer! You’ll want the hot egg and sugar mixture to reach 160 degrees Fahrenheit in order to kill any nasty bacteria hanging out in the eggs. 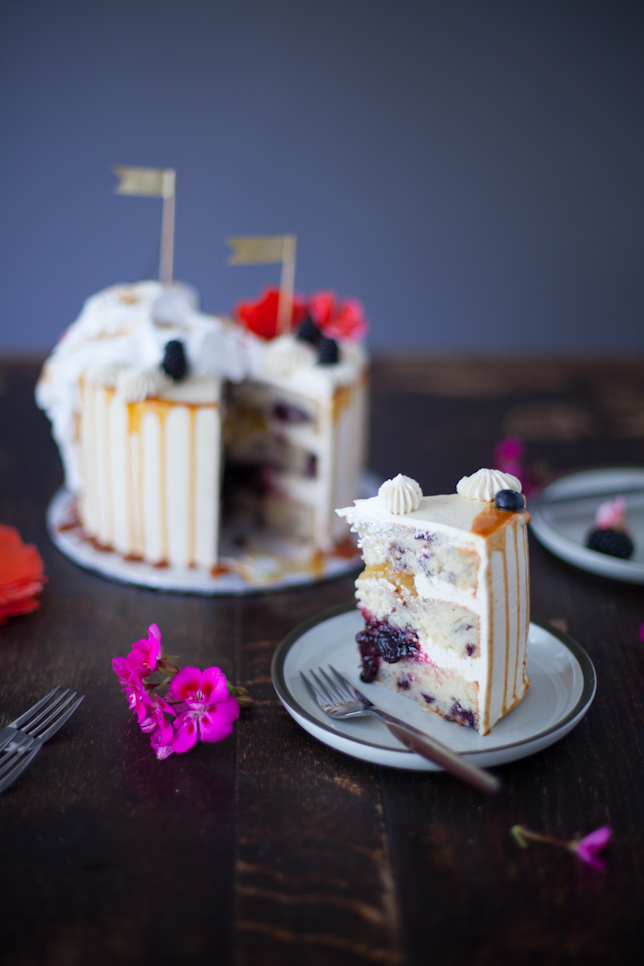 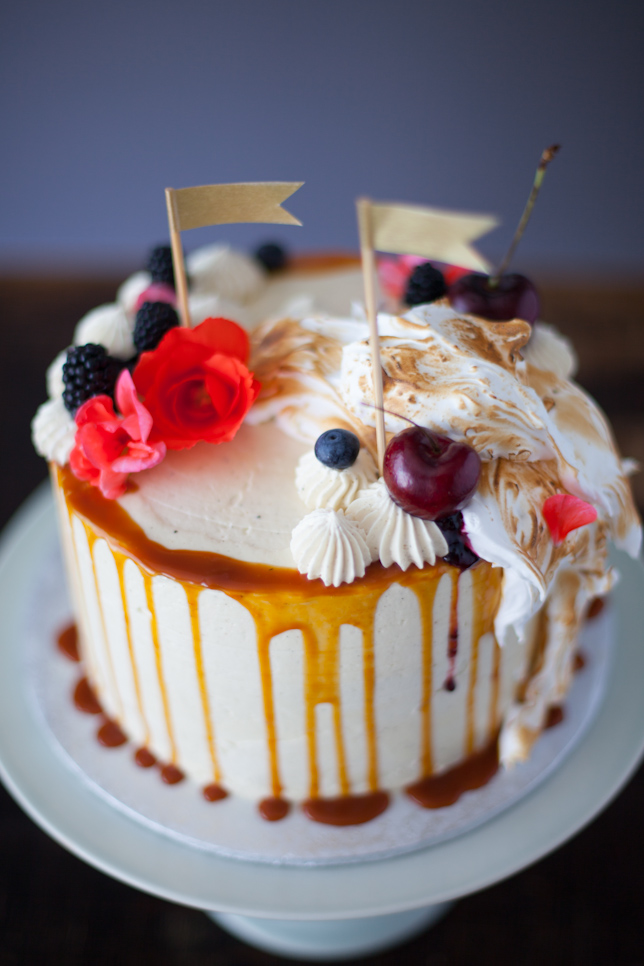 Along with the earl grey swiss meringue buttercream, I had some leftover salted caramel in the fridge so I added some for the dramatic drip effect. For the filling, I used blackberry jam and lemon curd, both store-bought – but you could make your own if you’re feeling truly heroic. Now go forth and make cake!! 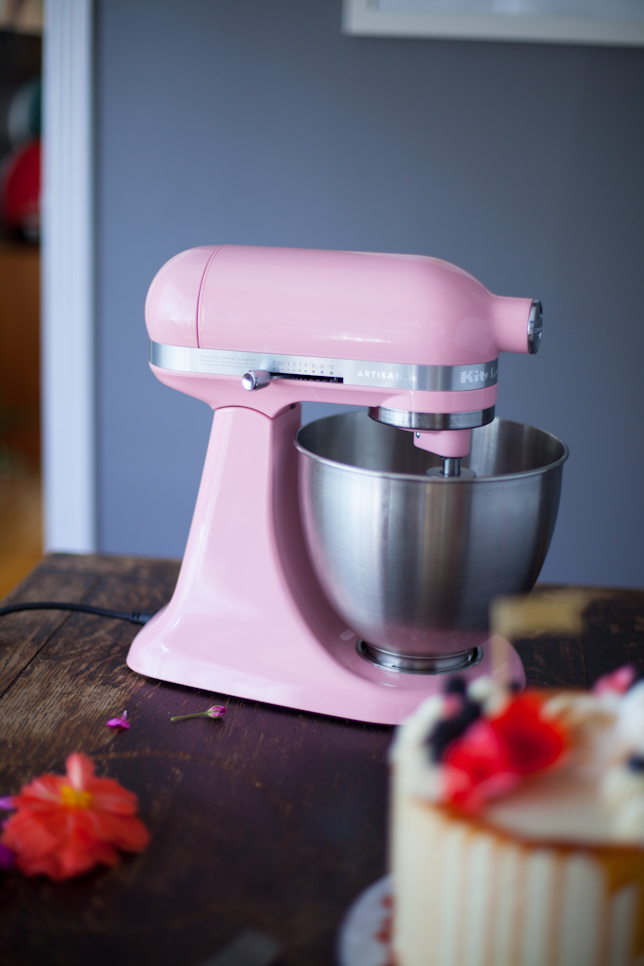 For the Earl Grey Buttercream

For the caramel and fillings

Earl Grey Buttercream recipe from the wonderful cake book Layered by Tessa Huff For the Caramel and Fillings, I used leftover caramel from a previous cake, made from this recipe by Tessa Huff for The Cake Blog!
Tag @cococakeland on Instagram or leave a star rating!