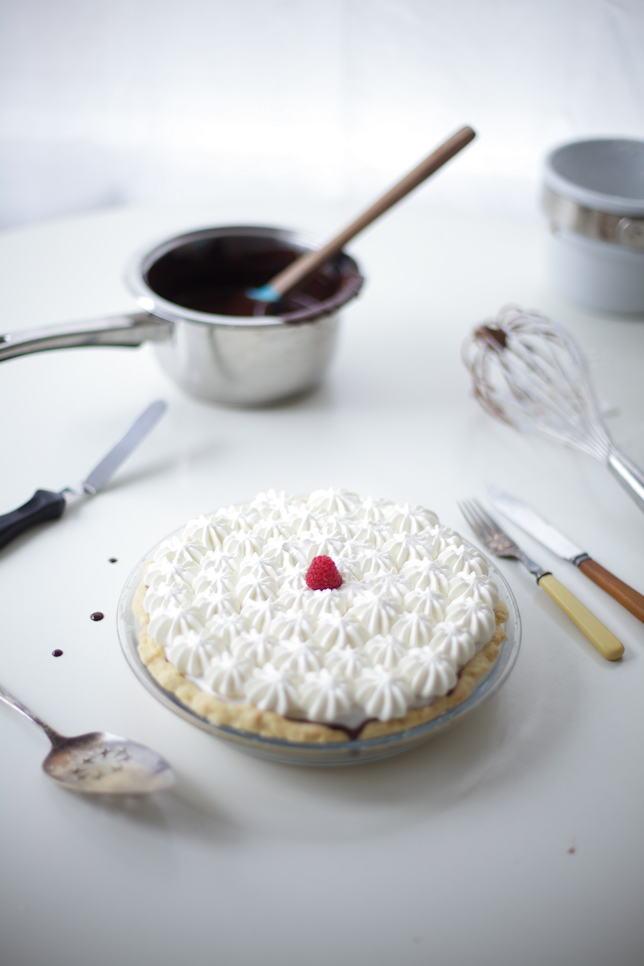 Haupia chocolate cream pie. It’s as if a little cloud from heaven dropped into your lap, a billowy white fluff cloud of cold sugared cream, coconut milk creamy filling and chocolate ganache. I made this pie for Father’s Day (along with spam musubi!) for my beloved dad, who loves Hawaii so much! I tried to emulate it after the haupia pies from Ted’s Bakery in Haleiwa. 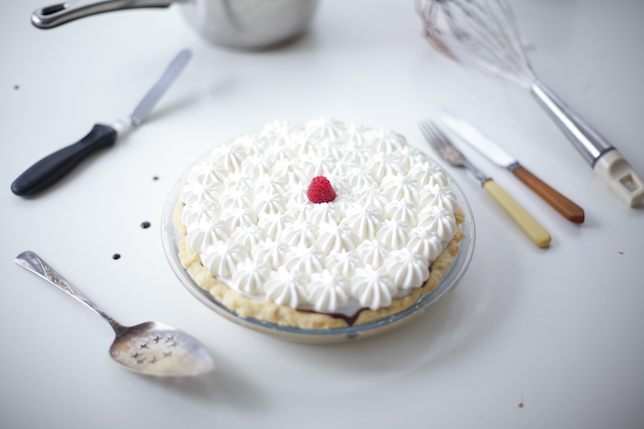 While my coconut pudding layer isn’t as heavily set as the Ted’s Bakery pie (I probably could have used gelatin but sometimes it icks me out with its hoof-iness – yes, I know I just ate Spam), this pie is pretty much worth swan diving face first into. It’s an easy pie, but it does take some time to prepare, chill and bake the crust, make and chill the pudding and the ganache. I made my own pie crust but you can easily use a store bought one to knock out one step! You can kind of make everything at once in a way – while the pie crust is chilling you can make the haupia filling and the ganache, then powerchill the haupia and chocolate while the pie is baking. While the fillings are chilling (did you just picture a bowl of chocolate wearing sunglasses?) and the pie is baking, make the whipped cream. Timesaver tips 2014! You may as well throw a little luau party now that you’re making this pie. Please invite me. I love luaus.

Make and bake the pie crust!