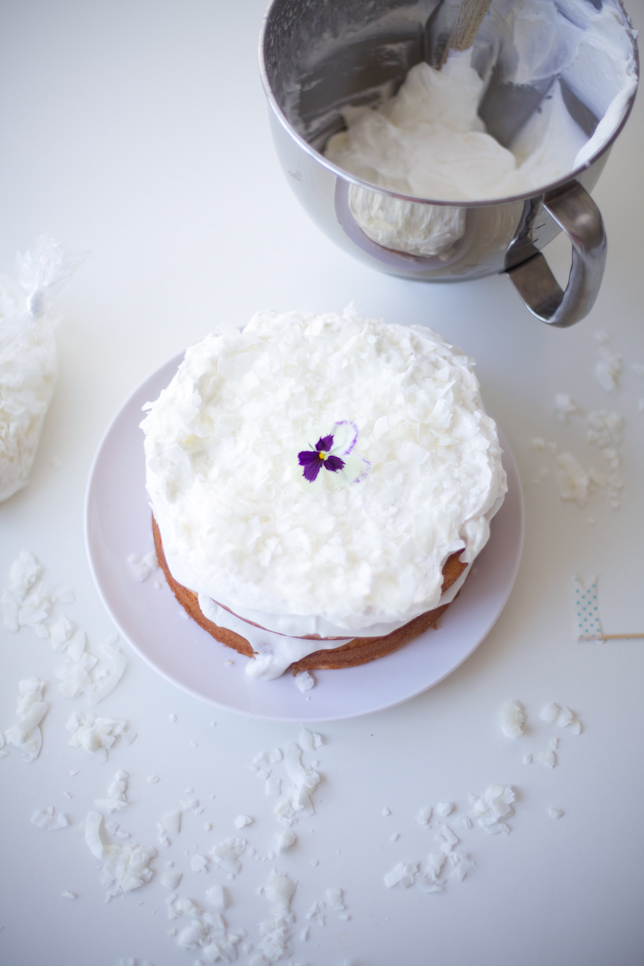 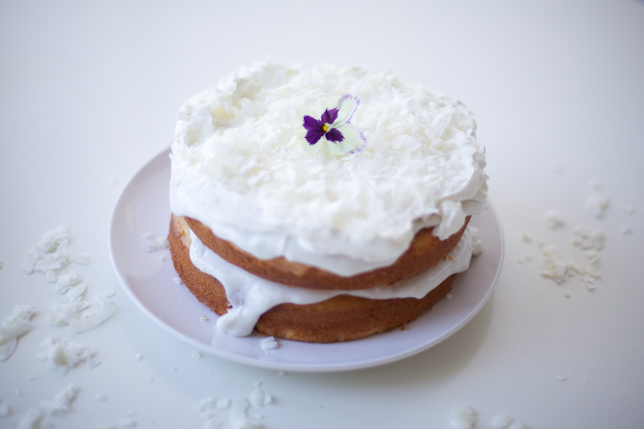 If you’re a reader of Coco Cake Land, you know I have a special place in my HEART for Hawaii! The tropical sun, the warm clear water, the beautiful friendly people… sigh! Man I love the flavours of Hawaii too, especially those desserts – coconut, lillikoi (passionfruit), strawberry guava, lychee, pineapple… Gah I wish I was back there right now. Have you ever had haupia cake? I’m just going to blast right in and say it: if you hate coconut, run, just RUN away right now. If you love coconut, get your drooling parts ready ’cause this coconut haupia cake recipe is super stuffed with it. So what is haupia? It’s a cold and creamy coconut pudding that I could basically eat a children’s sized kiddie pool’s worth. After that, I may not eat it again for a while. But still. That’s pretty impressive. 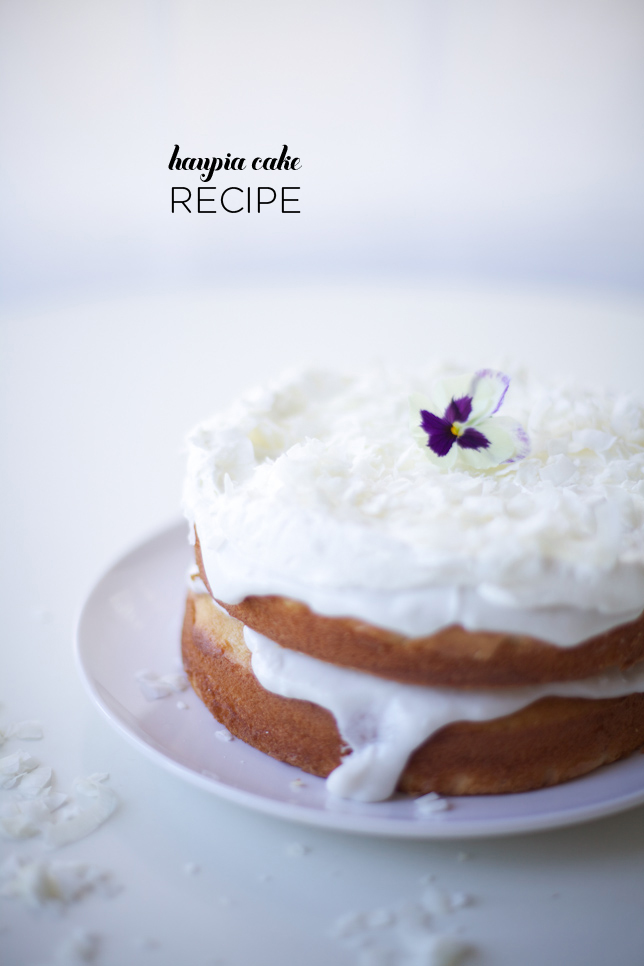 Many haupia cake recipes online use a white cake mix and gelatin in the haupia – I am SO down with cake mixes (the flavour is so nostalgic to me! Those cake mix companies know what they’re doing, guys) and gelatin is lots o’ fun, but my recipe uses a haupia pudding as opposed to the thickly set gelatin layer you might find in other recipes. Honestly, there is NO haupia cake I would leave behind. None. My cake is also a bit heftier than the light Hawaiian sponge – it’s more of a butter cake slam-jammed with coconut. I made this cake for my sweet older sis Leanne’s birthday – she’s as Hawaii obsessed as I am!

Note: If you have leftover haupia, consider yourself a happy chappy – you can add it as a topping for waffles with fresh berries, or you can even CHURN IT UP in an ice cream maker! DUDE. It’s true. Or just gobble it up nice and cold with a spoon.

For the whipped cream

For the whipped cream