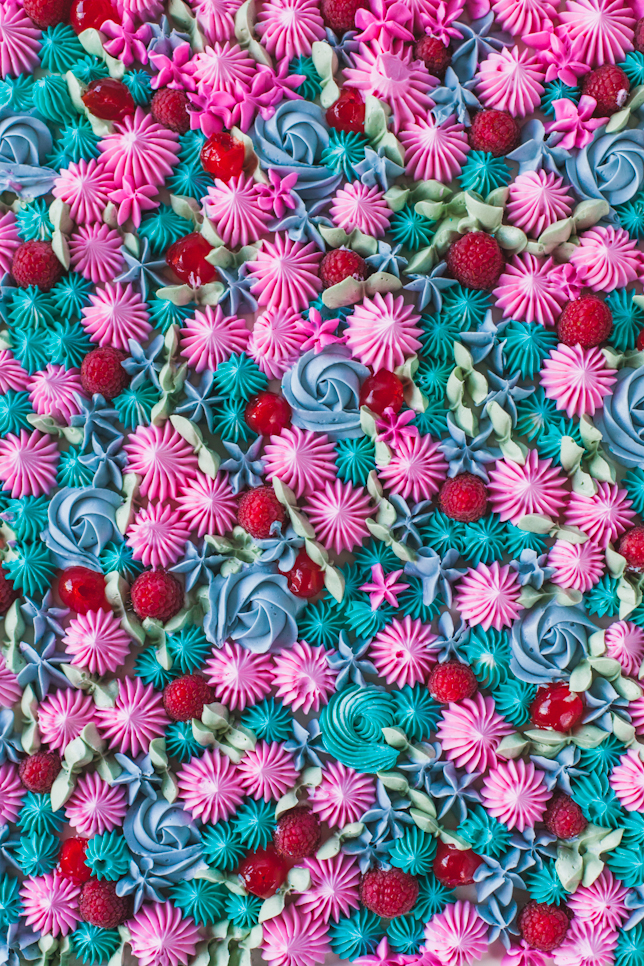 Happy 2020! I’ve been hibernating in a deep January funk, but clawing my way out as teensy signs of Spring appear in our neighborhood. Back in November, my favourite Donna emailed me asking me if I would like to create something for Cherry Bombe Jubilee Seattle. After telling her that I was feeling a bit scared of America, she assured me Trump wouldn’t be at Seattle Jubilee and that I must come! Hehe. The first idea I had in mind was for a giant beautiful buttercream-piped sheet cake. But, I had to test that idea out at home first before building it across the border… buttercream sheet cake testing began! I settled on vanilla cream cake with a vanilla milk soak, topped with swiss meringue buttercream piped in rosettes, drop stars and leaves dotted with cherries and raspberries. CUTE! 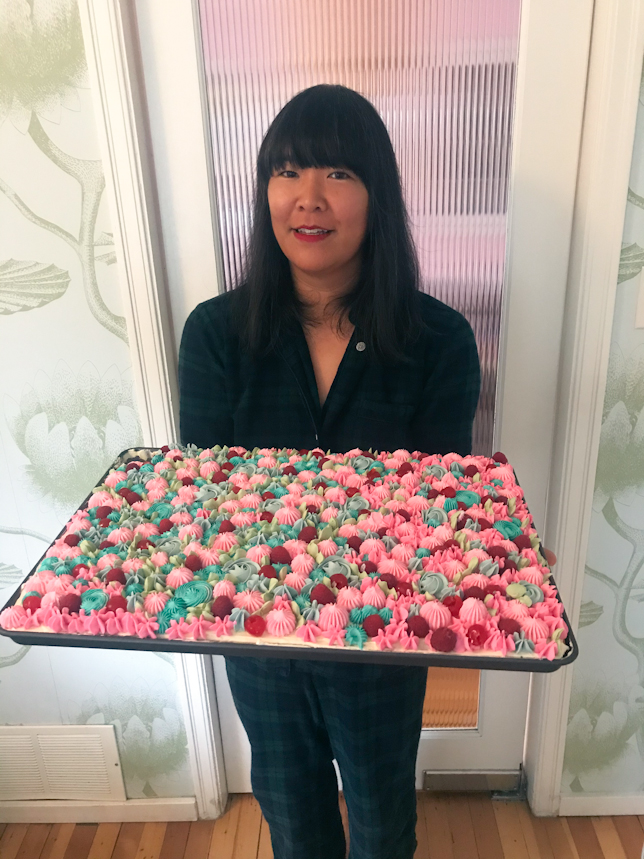 When you work from home, sometimes you end up baking in your jam-jams. This cake weighed quite a bit, so lifting it several times meant I could skip the gym. 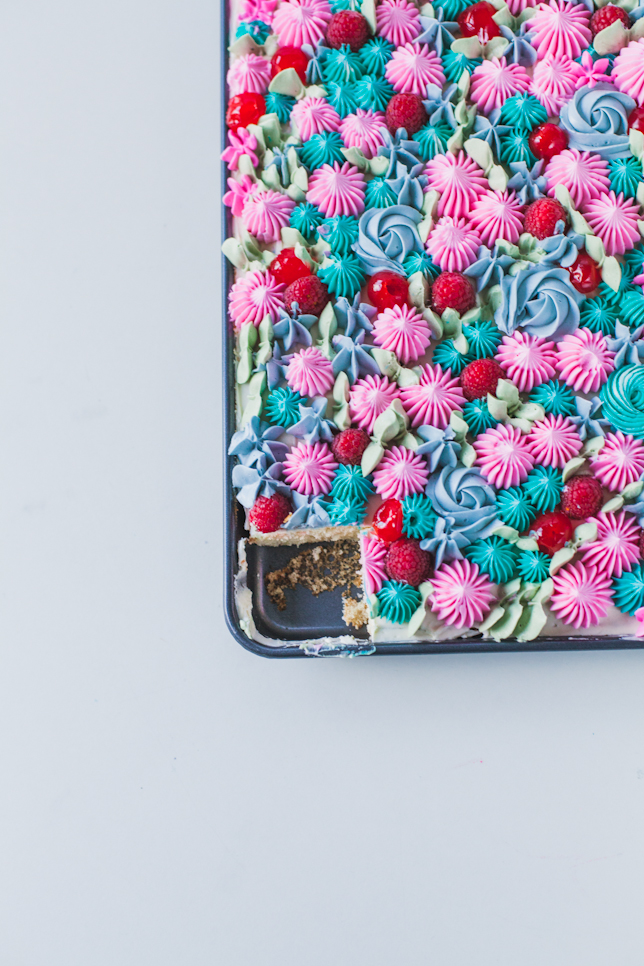 BUT HOW TO PLATE IT?? I needed it to look modern, colourful and beautiful – it was Cherry Bombe Jubilee, after all – the food is always gorgeous and delicious so I was definitely feeling the pressure. The cake had to be chilled so I could get a clean buttercream cut – but not TOO chilled as I didn’t want the cake to dry out. Hence, the vanilla milk soak. 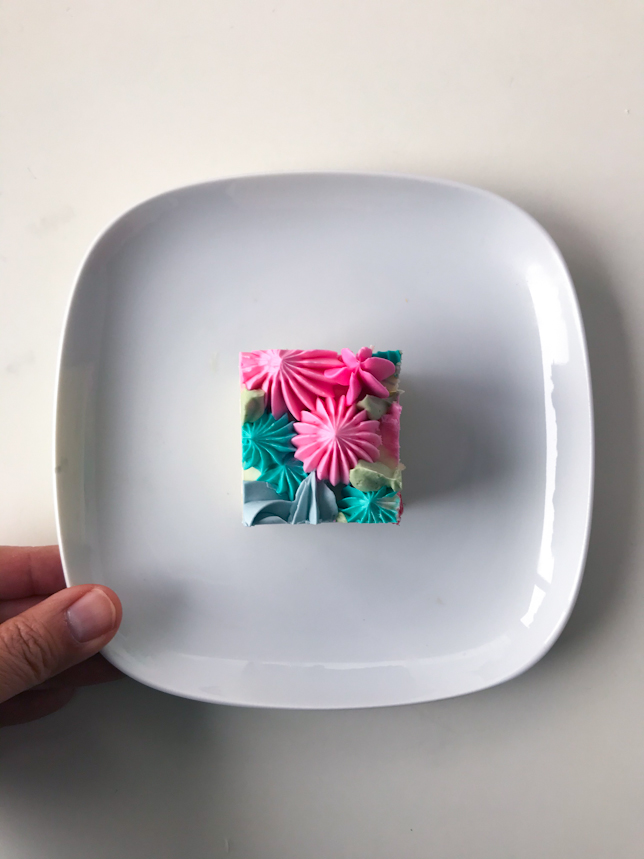 Option one: clean and simple. 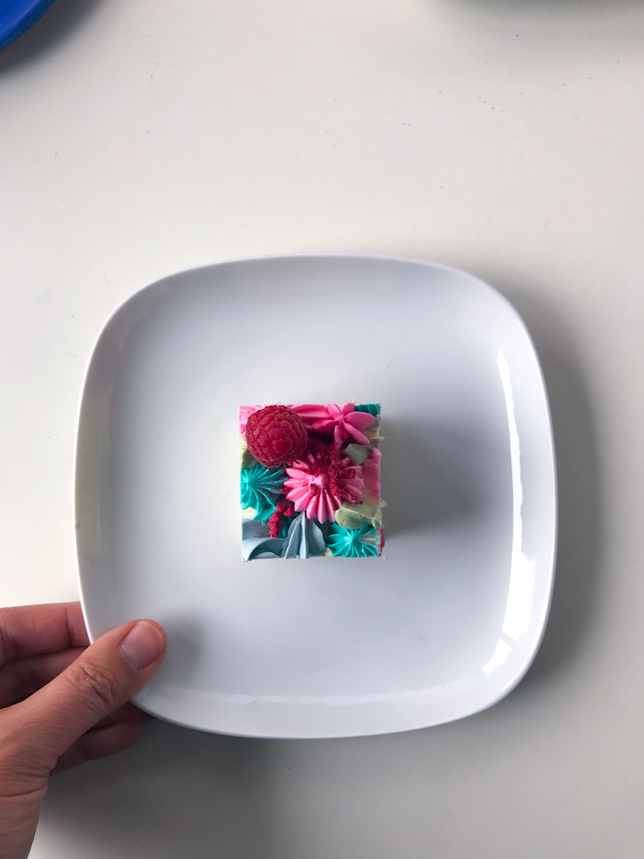 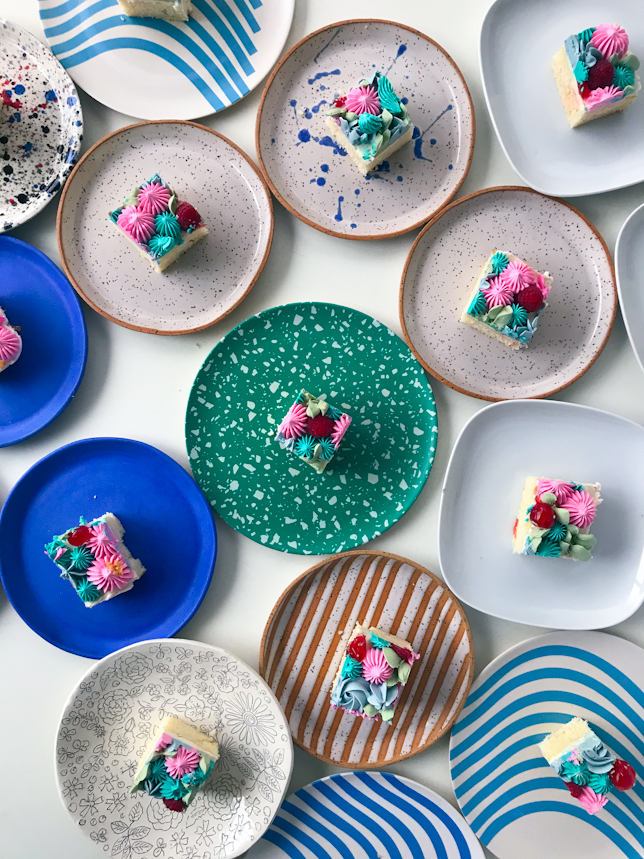 I sliced many little pieces of cake to test… man I have a lot of cute plates!! I decided on the single raspberry and freeze dried sprinkles… it had such a nice flavour blast. So off I went to Seattle! For the week prior I had been blasting a whole lotta Hole, Nirvana and … the Singles movie soundtrack, hehe, to mentally get in that Seattle headspace. I also wore my Doc Martens to Seattle because – GRUNGE. 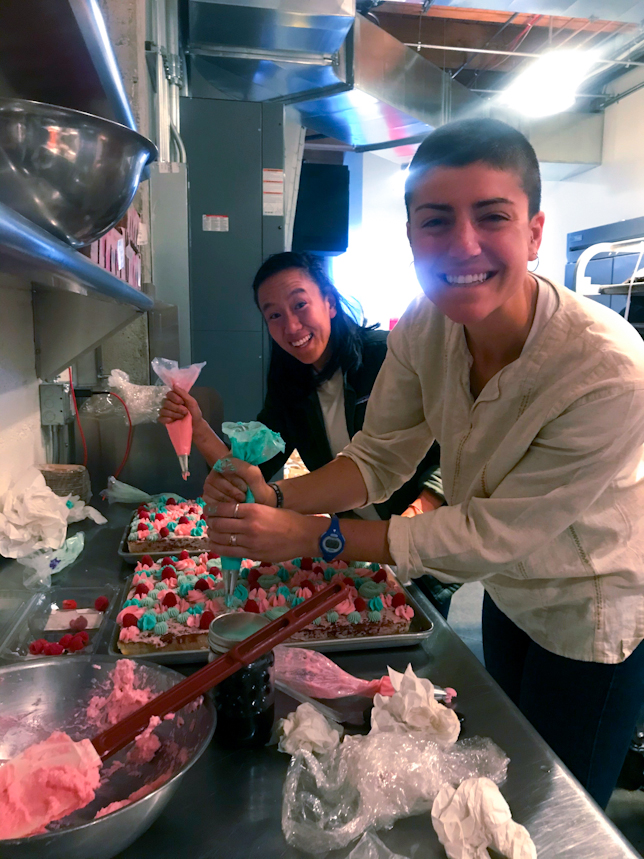 My awesome helpers in Seattle – Sid and Chloe!! 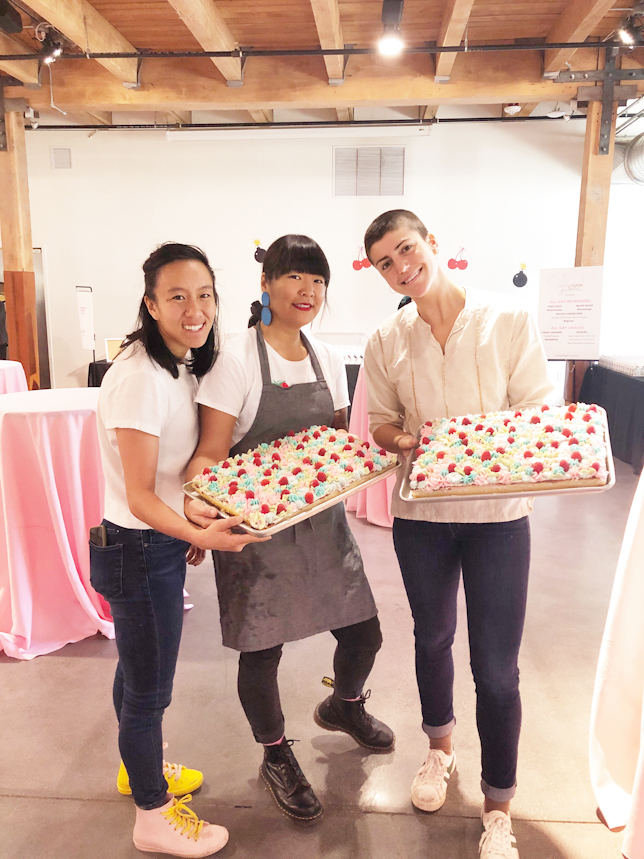 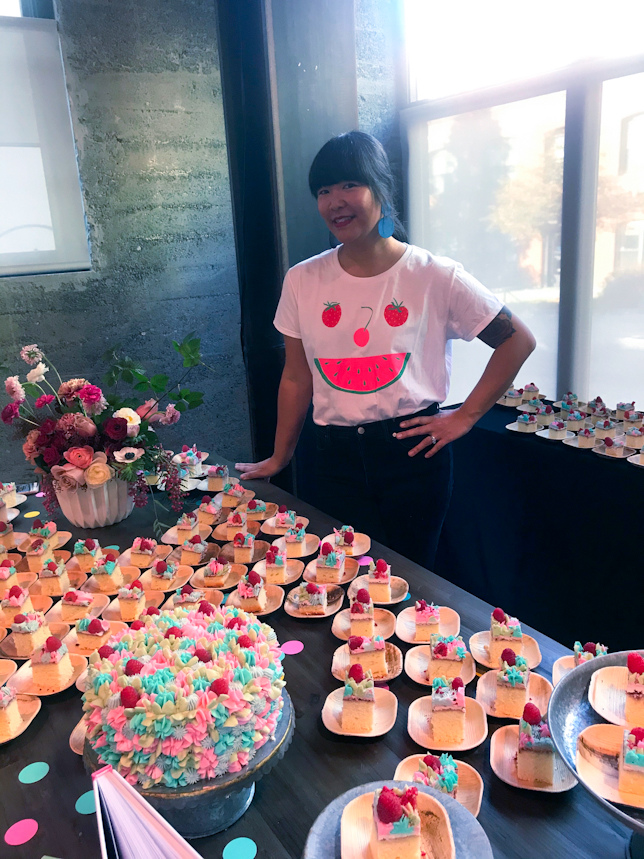 All set up at my table, ready to sling cake! I met so many cool, kind folks! 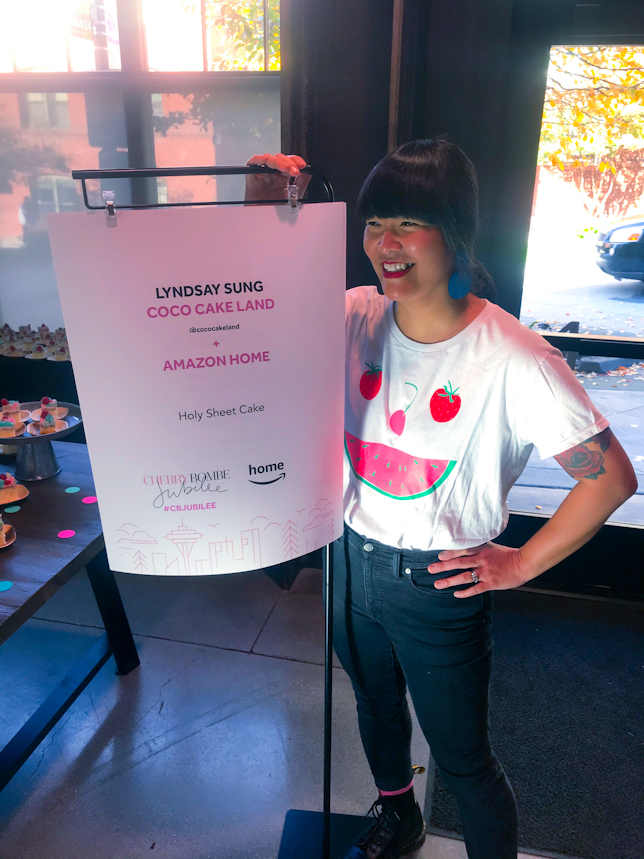 Hehe. Yes I did call it Holy Sheet Cake. 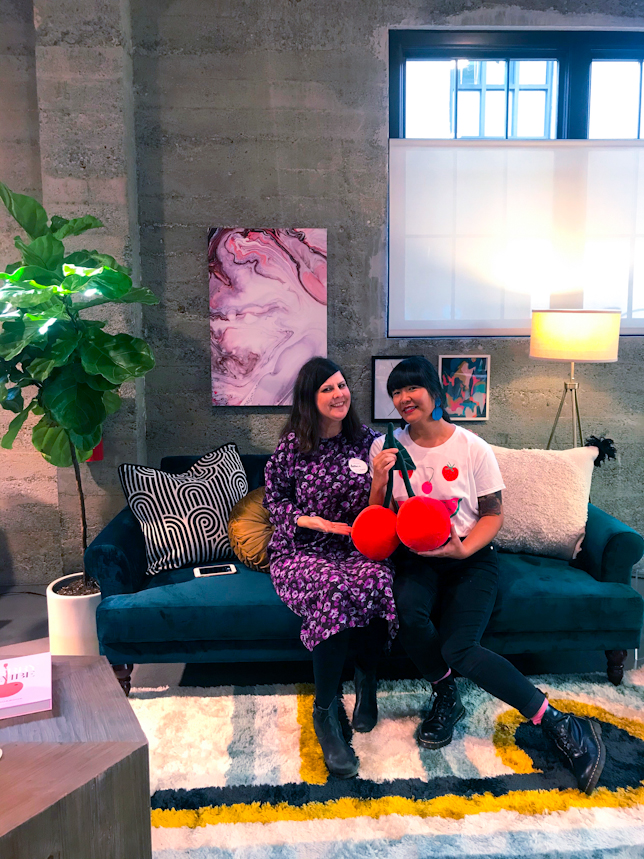 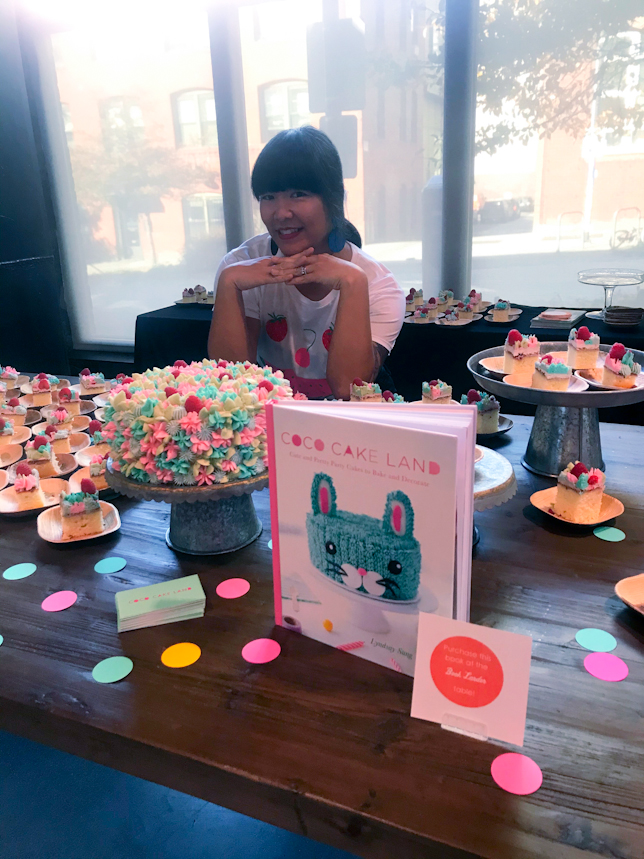 The wonderful Book Larder was there too and they had my books for sale along with many other incredible cookbooks by the powerhouse crew of authors at Jubilee. 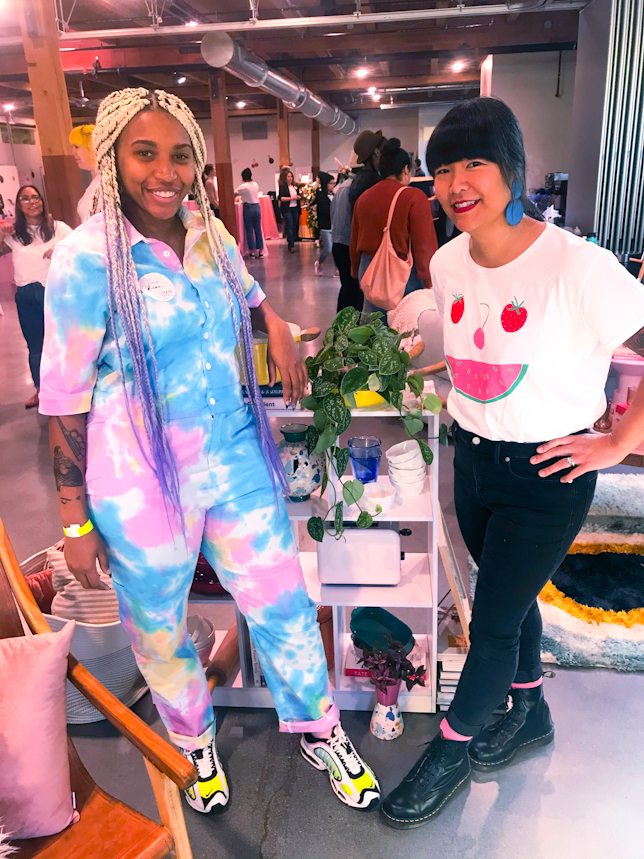 Kia is the coolest! 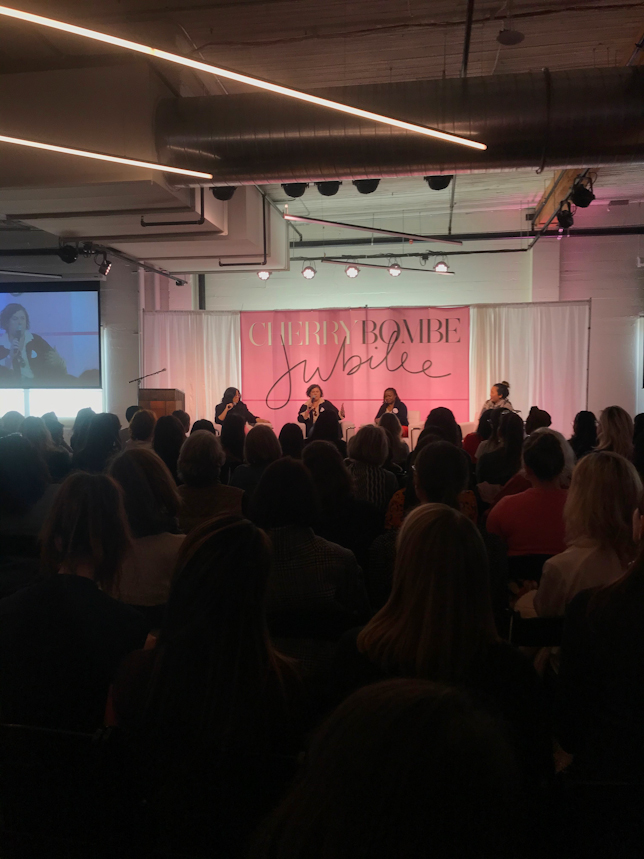 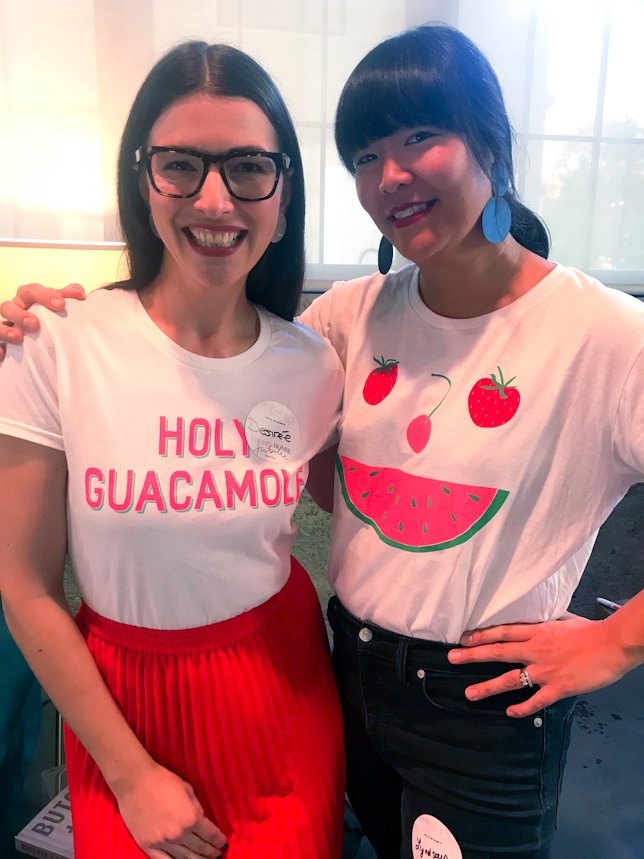 My wonderful pal Desirée from Vancouver was there too – and we were both wearing Banquet Workshop tees! 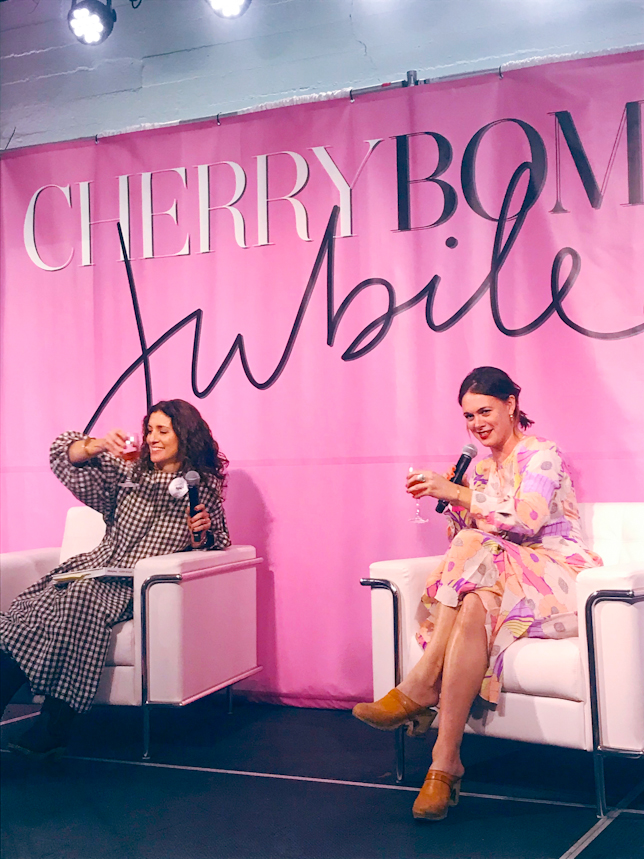 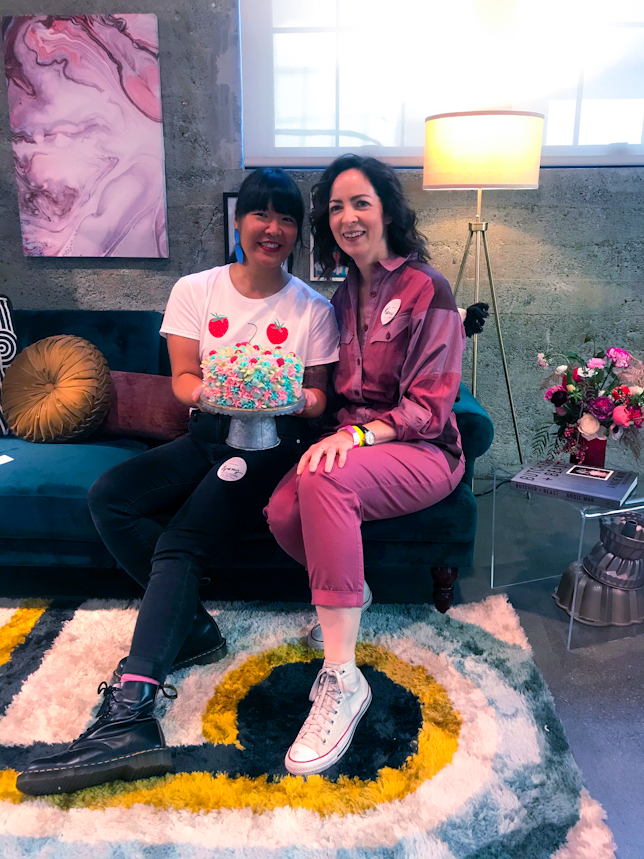 And look at this friendship!! I think Kerry must have 6,000 in real life friends, everyone wants to hang out with her and know her – I always feel lucky when she shines her beautiful light my way, cause she’s the coolest and such a huge supporter of little people big world cake people like me. 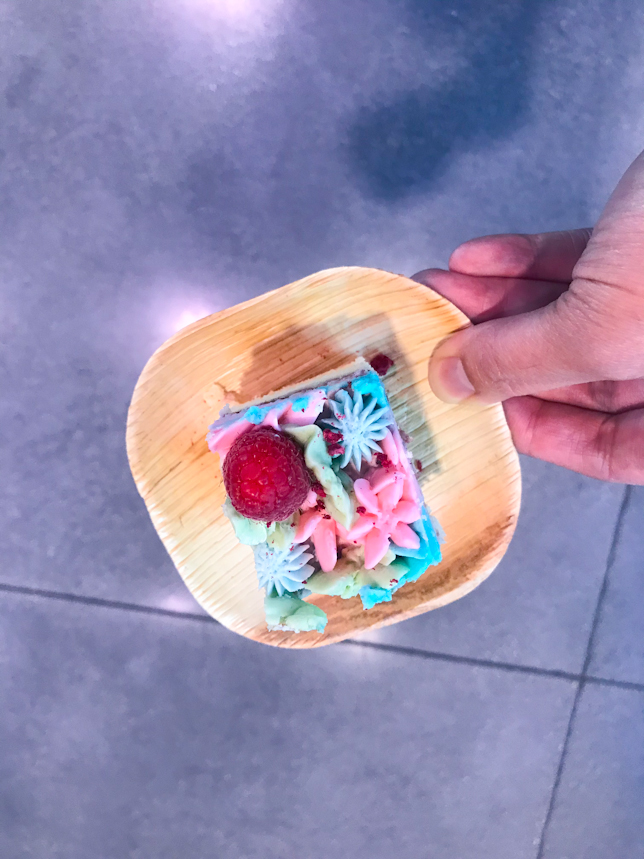 The upside down!!! Look at those tiny compostable plates! And I went with the juicy berry blast with a sprinkling of crisp freeze dried raspberries. 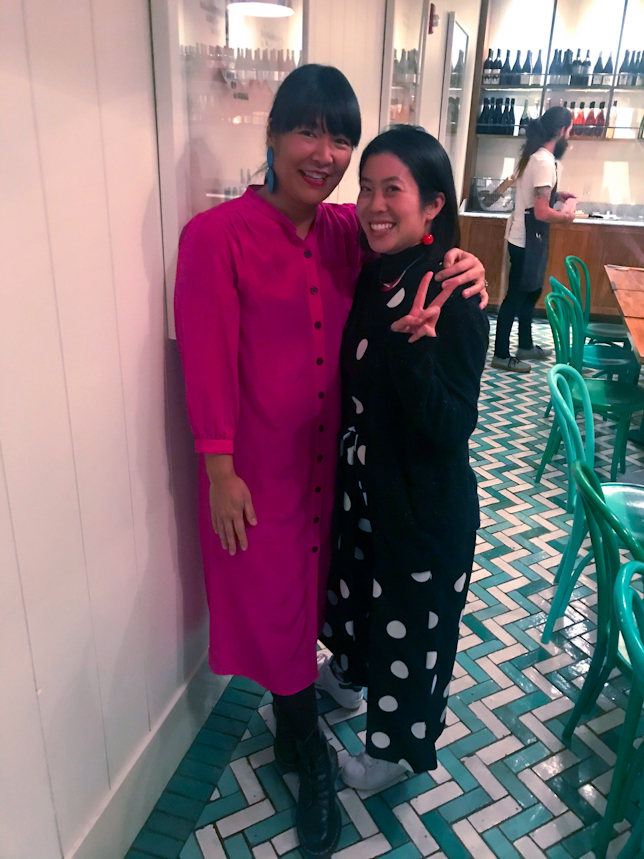 I also got to attend a very delicious dinner hosted by Open Table at Rene Erickson’s Bar Melusine. Look at those beautiful tile floors!! I mostly gabbed it up with my main cutie pal Donna, who feels like one of my American cousins, and my cool pal Antonia from Amazon. Rolllled out of dinner, got dropped off at my hotel and snoozed the night away. Twilight was playing on the telly as I packed up all of my goodies from Cherry Bombe Jubilee Seattle – pots and pans from Amazon, silver wrapped sticks of precious Kerrygold butter, beautiful cookbooks purchased from Book Larder and a bag ‘o swag. Another super duper fun Cherry Bombe event…! Chinese pumpkin is blessed once again. 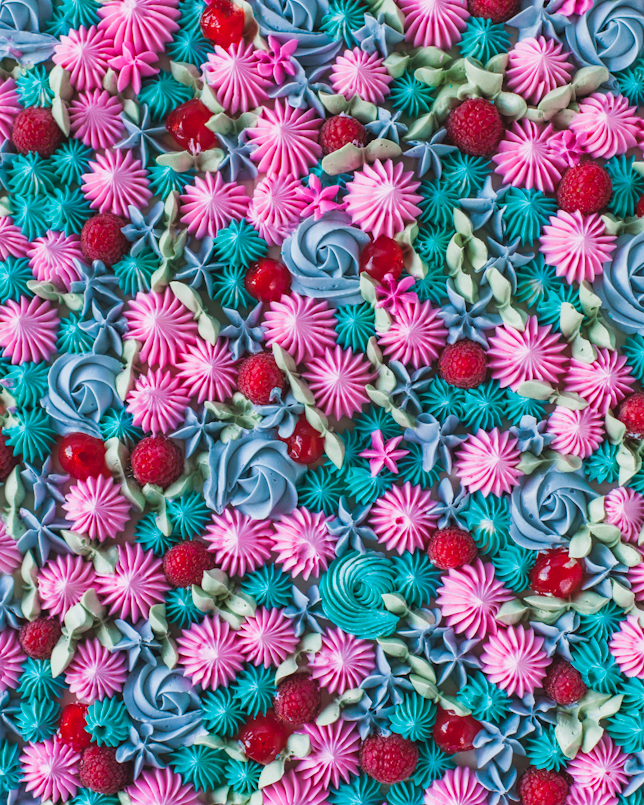