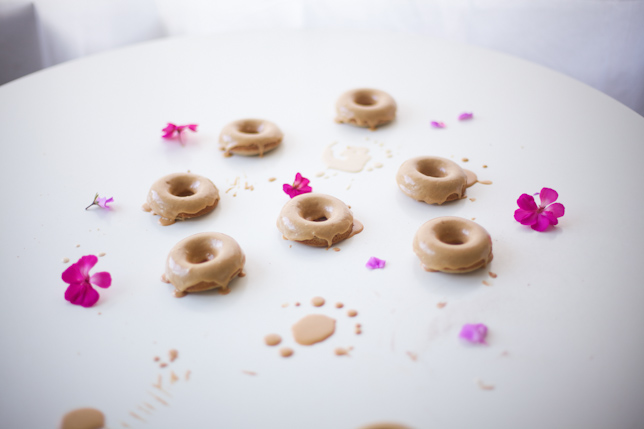 Before we get to the milk tea donuts recipe, allow me to share this life tidbit. Little known and possibly embarrassing fact: when I was 18, I worked for one summer at a muffin stand in the mall. Marvelous Muffins, in fact. To this day my sisters still make fun of me for it. Mmmmmuffin Sung, I believe I was called for a while? Pretty pretty good. I didn’t do any of the baking; there was a kitchen facility complete with a crotchety chain-smoking baker hidden in the mall and warm muffins with names like Lemon Crantastic would be rolled over to the glittering blue and orange kiosk. I pushed a button to make coffee and served the gargantuan, probably 1,000 calorie muffins to people who probably thought they were eating something healthy. Maybe I wore a visor? Yes. Let’s visualize the visor. 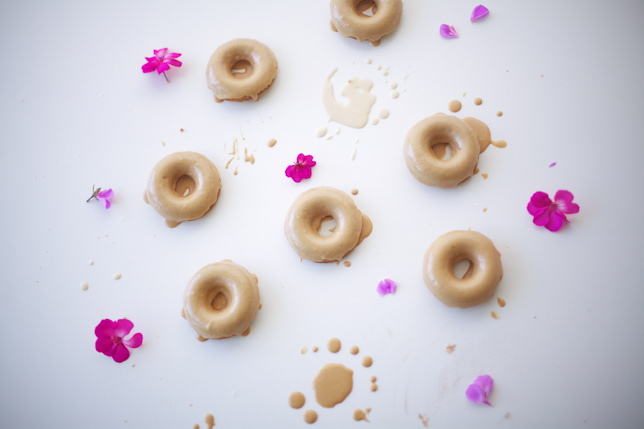 I’ve had so many random jobs – another thing I get made fun of for in my family. Like the time I worked at Playland at the snowcone stand for one hot and sweaty summer weekend (I found the job on Craigslist!) My “manager” was a bratty, extra short, gum-snapping 18 year old. Across the fairway was a temporary tattoo stand where I did a product trade with my new friend, a 15 year old girl. I gave her advice to NOT go to the hotel room with a guy she just met from the touring dance squad from Seattle. That day I sold $2,000 worth of snowcones – and got a $50 cash bonus! Sweet! Did I mention I was 31 at the time? Yes. I am that cool. 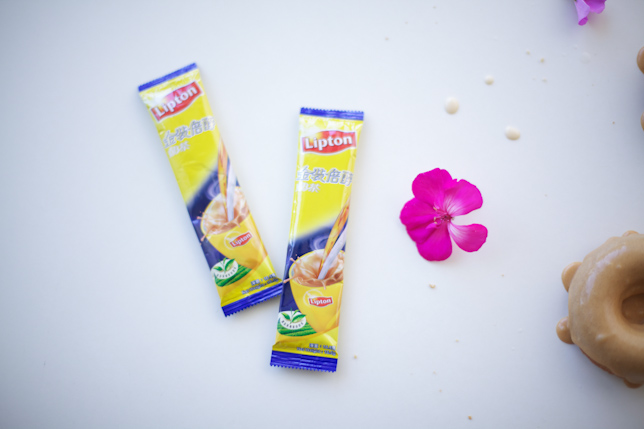 I’m kind of surprised I never worked at a donut shop. I suppose it’s not too late. There’s a 24 hour donut/hot torta sub shop that I bet I could fandangle a night shift at. Actually, I think I’ll just pretend to work there in my mind. For one minute. Okay, now – milk tea donuts! Goodness gracious I’m a fan of milk tea flavour. Dunk my face into a bucket of milk tea with boba pearls and I’ll find the largest straw in the world and chew for days. I was so excited when I found this glaringly colourful package of instant milk tea powder at my local Asian supermarket (I live in Vancouver! Asians everywhere, including me!) It’s called Lipton Milk Tea Gold – if you don’t live close to an Asian market, you can find it online on Ebay and that large bookish retailer that starts with an A. 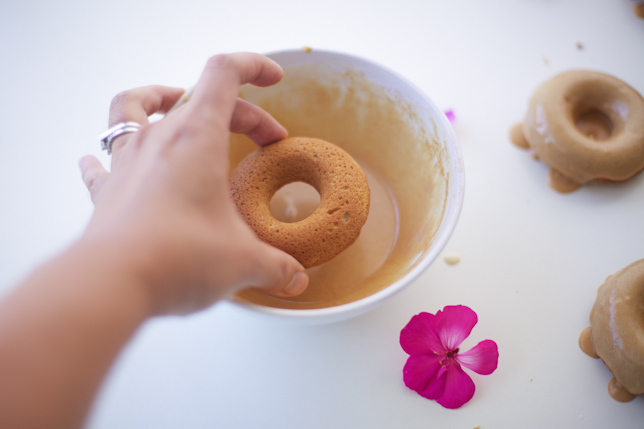 Milk tea really suits its name – creamy milk with the earthy flavour of black tea leaves and the sweetness of sugar. It makes for a scrumptious donut!

The House(s) That Gingerbread Built

How To Make A Fox Cake

Pastel Painted Cake – Something Pretty To Gaze At