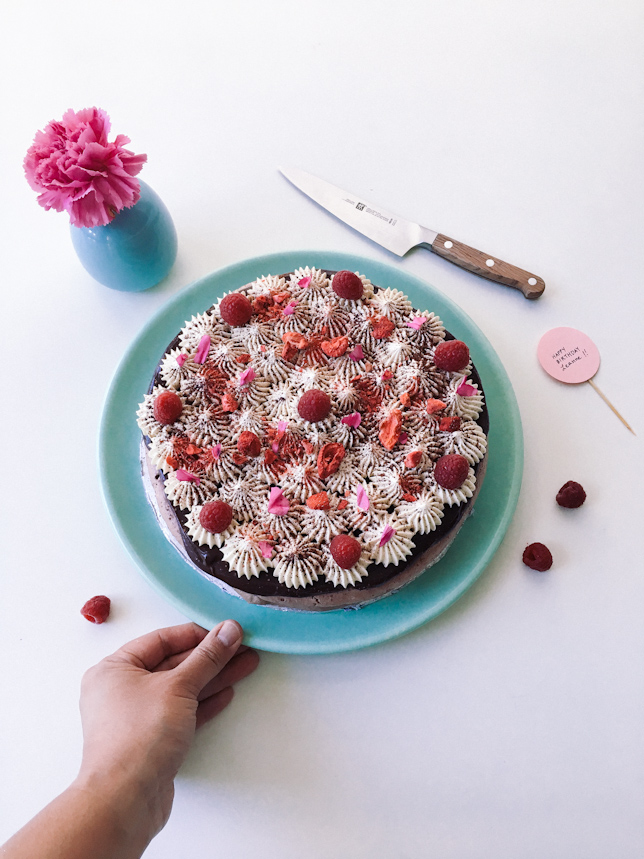 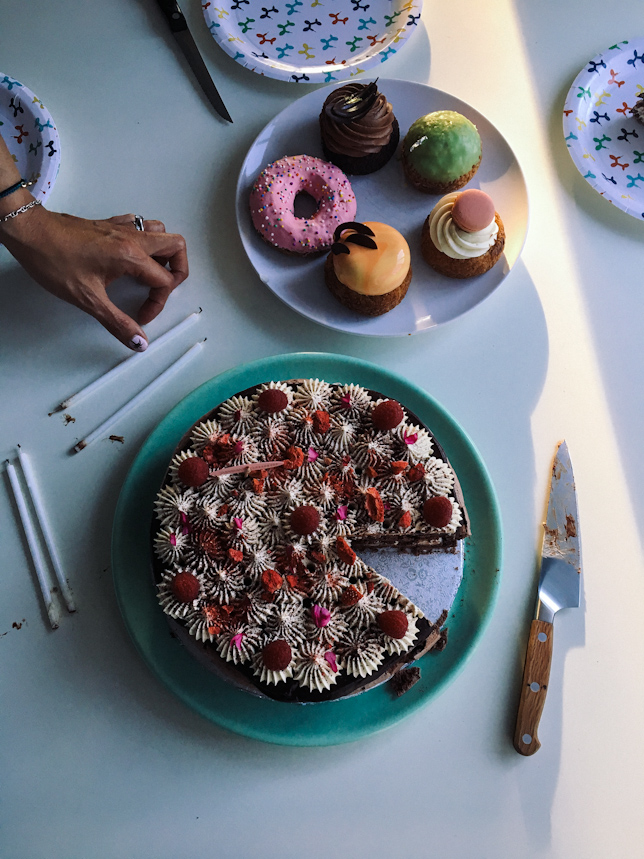 I’ve been arm-pit deep in the final weeks of crunch-time book production, my friends. I’ve been reshooting lots of cakes and coming up with news ideas on the fly and just slam-jamming it all at my wonderful editor and just hoping I’m on track. That squeal of ridiculous excitement when I nail an idea in my head butts up against crippling self-doubt – all wrapped up in a future-book with a publishing date of August 2018, more than a year from now – but I know it will creep up on me, and knowing what my life has been like in the last decade, I wonder what this year has in store for me. On the opposite end of cake book madness, I’ve been deep into savoury-ish cooking these days – some of which I’ve been documenting on my *new* Instagram account, Snackblaster! I can’t tell if I’m going to start a new food blog dedicated to snacks and weekday meals. In the meantime: I went “early-1990s-is-cool” with this mocha dacquoise cake I made for my dear sister’s birthday! 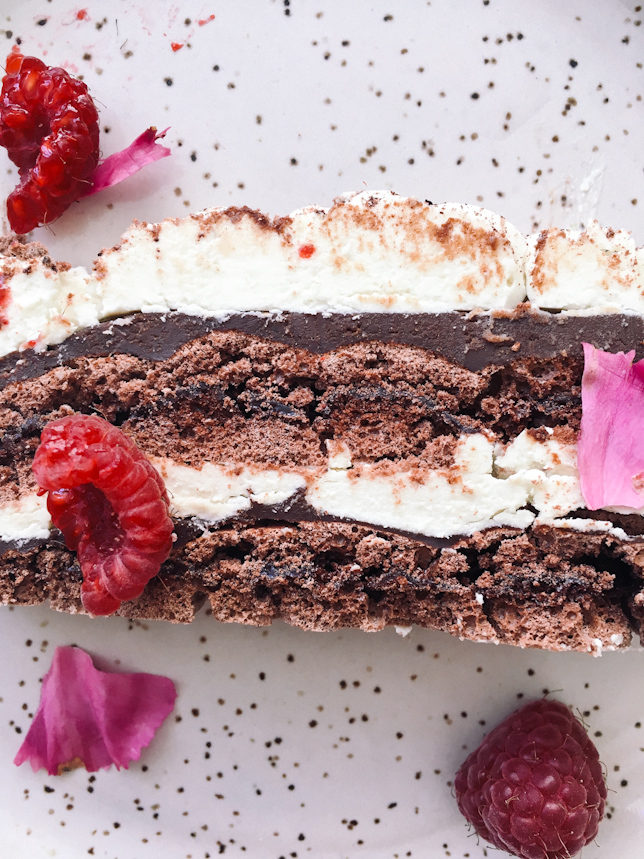 The crispy chew of the chocolate meringue, with rich chocolate ganache and the melty creamy goodness of coffee swiss meringue buttercream, and the juicy acidic tang of raspberries makes this mocha dacquoise A-OK, light yet rich. I love the intense flavour of freeze dried strawberries and couldn’t resist a light sprinkle of them for both colour and texture too.

For the chocolate meringue

For the coffee swiss meringue buttercream

Put it all together