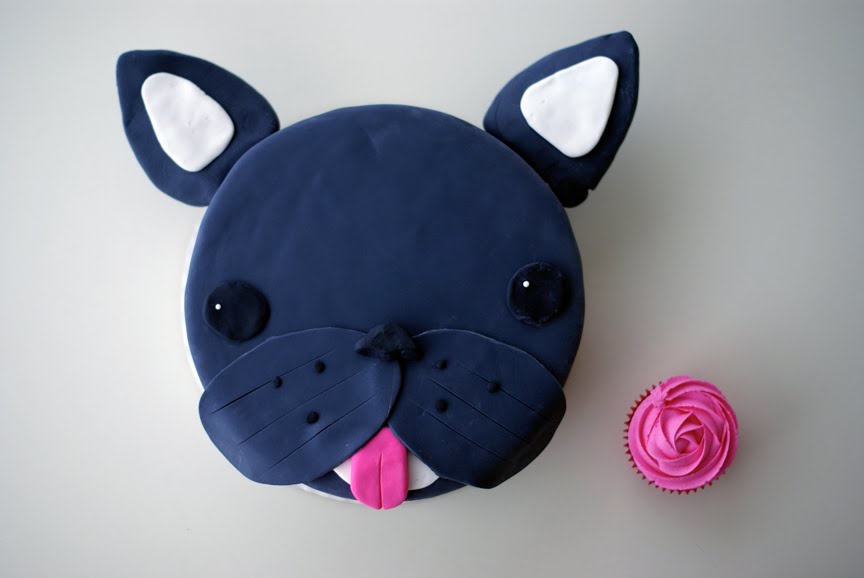 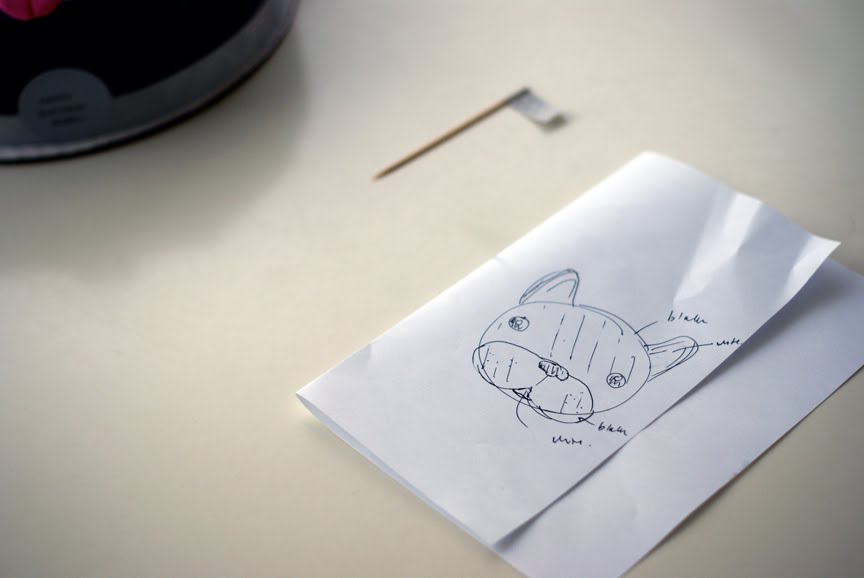 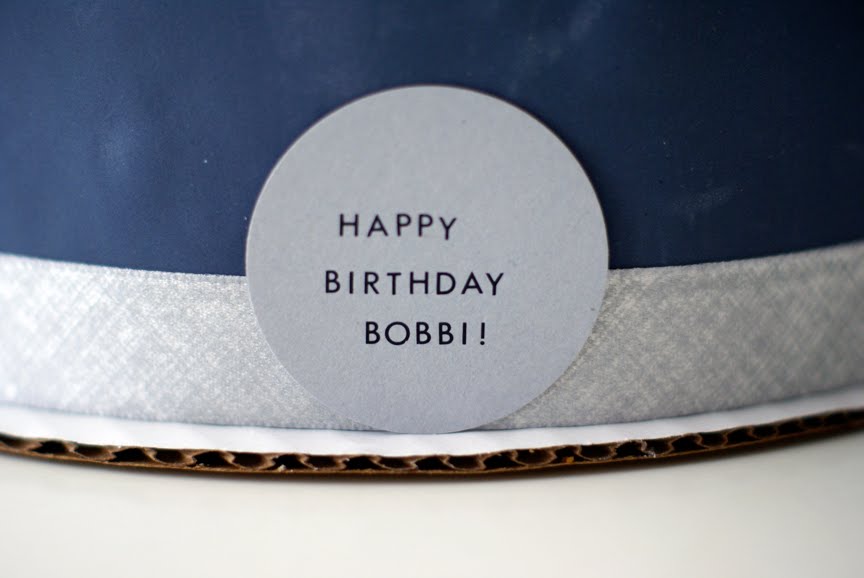 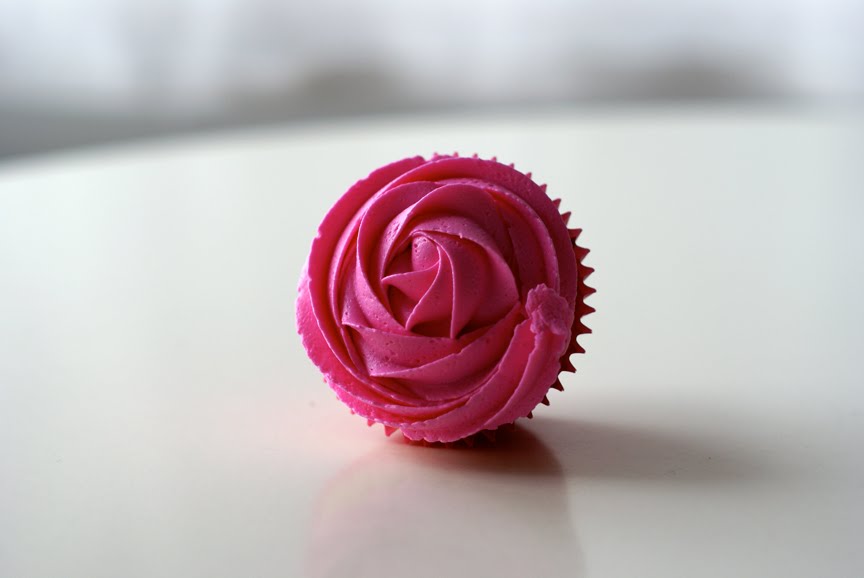 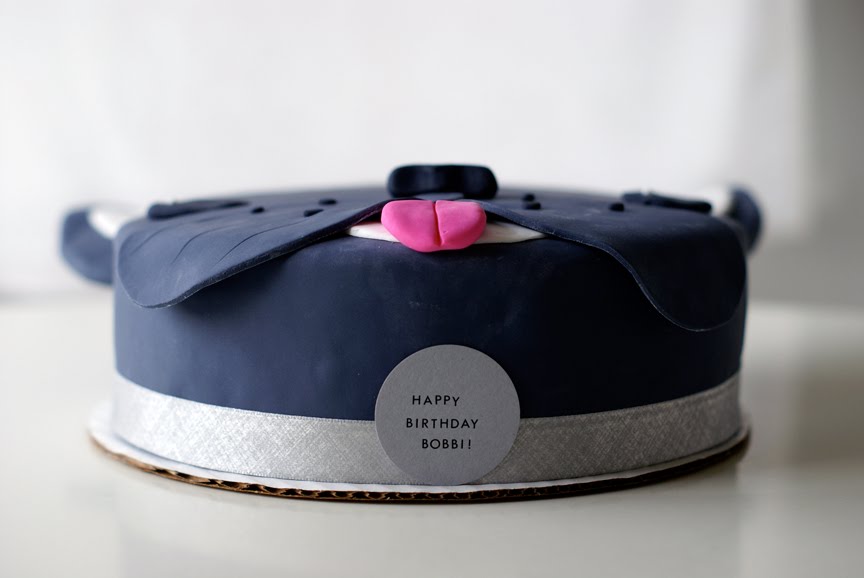 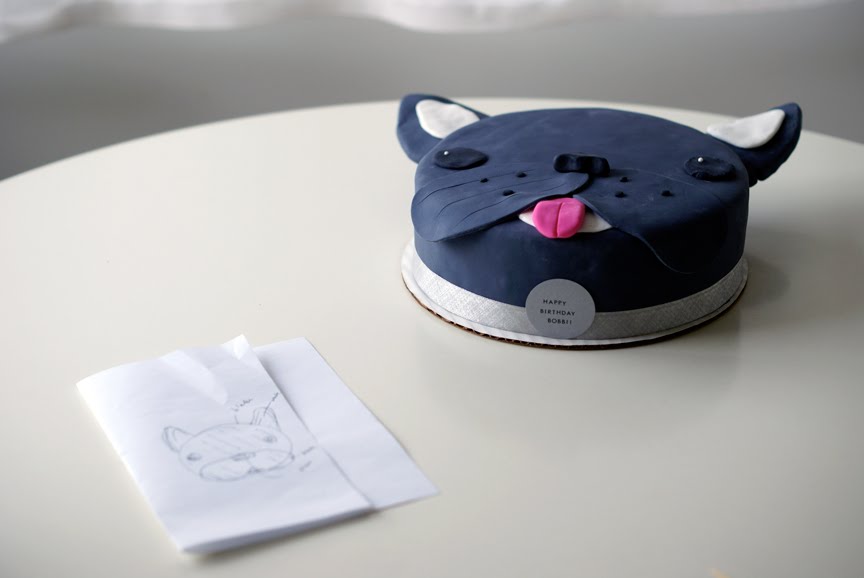 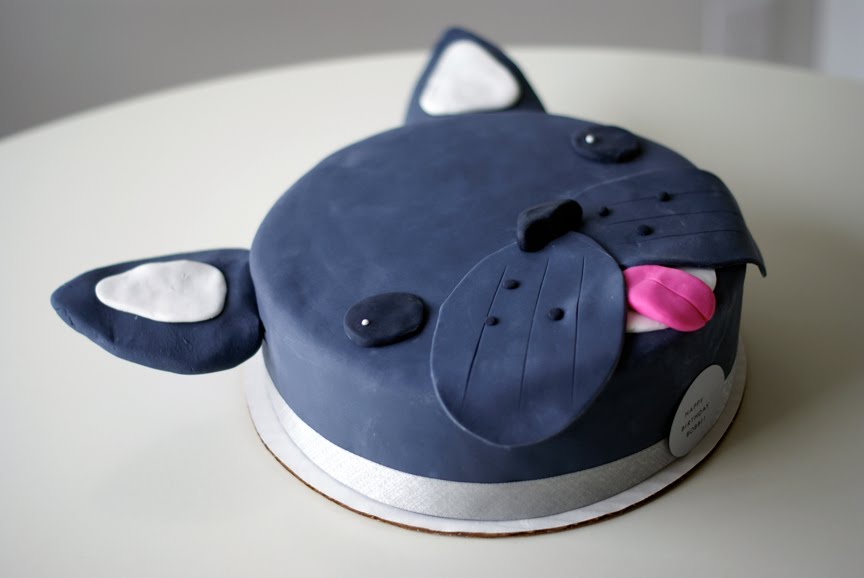 Scott secretly ordered this Truman dog faced cake for his wife Bobbi’s bowling birthday party… a rated-G affair, pizza and bowling, as Bobbi is pregnant and due this summer! So cute! Bowling and pizza was my number one fave birthday activity when I was a kid… can’t even remember the number of times I did that for my birthday party… Old Orchard Lanes 5-pin followed by Me n Ed’s at Middlegate mall, crisp pizza served on giant tin pans, and a wide window into the kitchen so you could watch your pizza being finger-handled by a pimply teen in a tomato-sauce covered apron, while we sipped on plastic opaque glasses of orange fountain soda on ice!

Bobbi loved the cake… and you know a woman is well-loved when her husband surprises her with such a sweet and thoughtful and hilarious gift!

Facts known about Truman the French bulldog: Truman enjoys standing in the shower.

Truman lives with some very cute cats who beat on him senselessly if he sleeps near them.

Truman enjoys “swimming” across the carpet to Bobbi and Scott each morning.

Truman often rolls on his back barking at himself and pushes off the walls in the hallway.

Happy Birthday Bobbi! Such an exciting year to come!