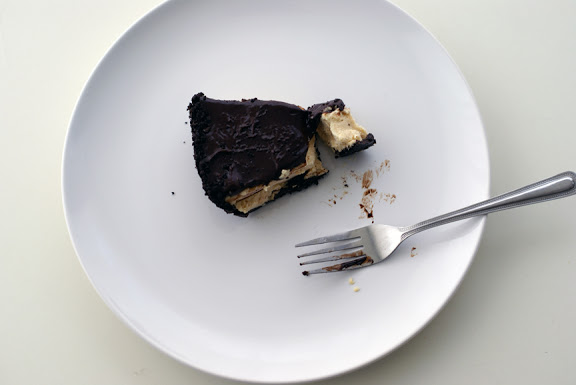 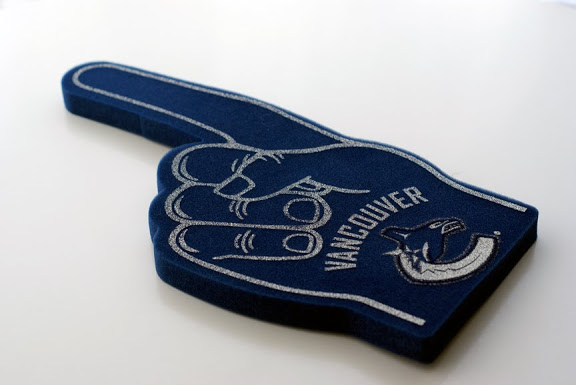 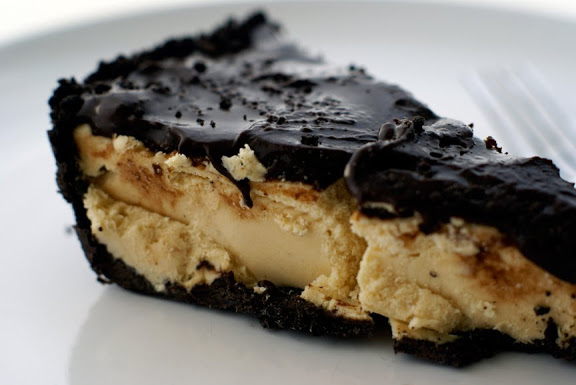 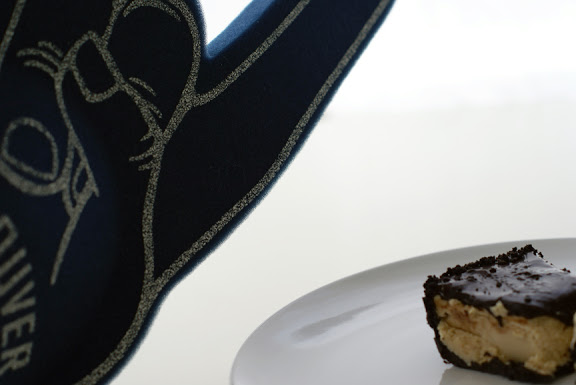 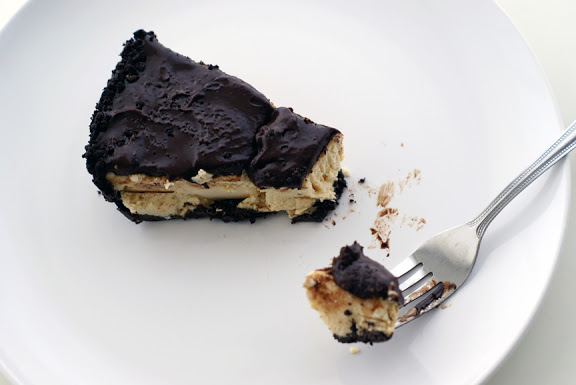 I’m not exactly sure how this victory fei fei ice cream pie idea got started but I do know the VANCOUVER CANUCKS are the reason behind it!

Not only am I close to my dear sisters in my immediate family, but we are also close with all of our super duper cousins… and my cousins Mike, Ryan and Christopher, known as the Sung boys, are all maniacally crazy hockey fans… especially VANCOUVER CANUCKS hockey fans!

There is something so absolutely endearing and cute and adorable when I see people of all shapes, sizes and colours proudly wearing their Canucks jerseys. I admire those people because I’m too uncool or maybe trying to be too cool to fully admit my reinstated hockey craziness. I have hockey craziness in my blood, obviously… my mom’s been a Canucks fan since 1982, when she went to her first hockey game – the Canucks vs. the New York Islanders! Canucks hockey mania has fully gripped me in its ridiculously exciting power – and with that comes an excruciating wish for our team to carry that giant silver Stanley Cup over their heads, confetti falling like blue and green snow and a blur of white screenprinted terry-towels whipping madly around in an arena full of screaming hockey fans…

Hockey players and fans alike are superstitious. My mom buys the same tortilla chips and guacamole and apparently we win when these exact chips are eaten. My cousin Mike is no different – unwashed jerseys and all – don’t want to wash away the luck! After each win during this Canucks playoff madness, my cousin Mike has religiously treated himself to “victory ice cream”… his birthday was in May, mid-playoffs, and his lovely wife Sarah made him an ice cream pie, which he superstitiously only ate one slice of after each Canucks win… so when he and the rest of my cousins flew in to Vancouver this past week to catch the madness of a city emotionally tormented by the hope of the Cup, I of course had to make a VICTORY PIE of my own! So here it is… fei-fei means fat in Chinese… and eating this whole pie will make you exactly that… but who cares… ‘cuz the Canucks are in the Stanley Cup!!!!

For the Ice Cream

For the Fudge Sauce

To make the crust

To make the ice cream

To make the fudge sauce

This pie is pretty rock solid when you bring it out for serving – so leave it at room temperature for 5-10 minutes to soften it up before slicing in!!!

Note: the P&B ice cream is crazy delicious on its own, so feel free to just make the ice cream when you’re having a P&B hankering!