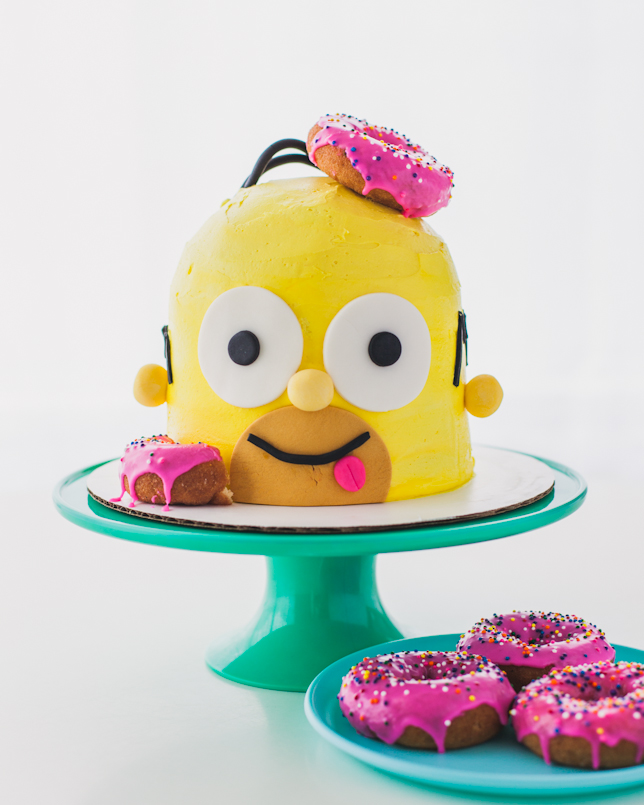 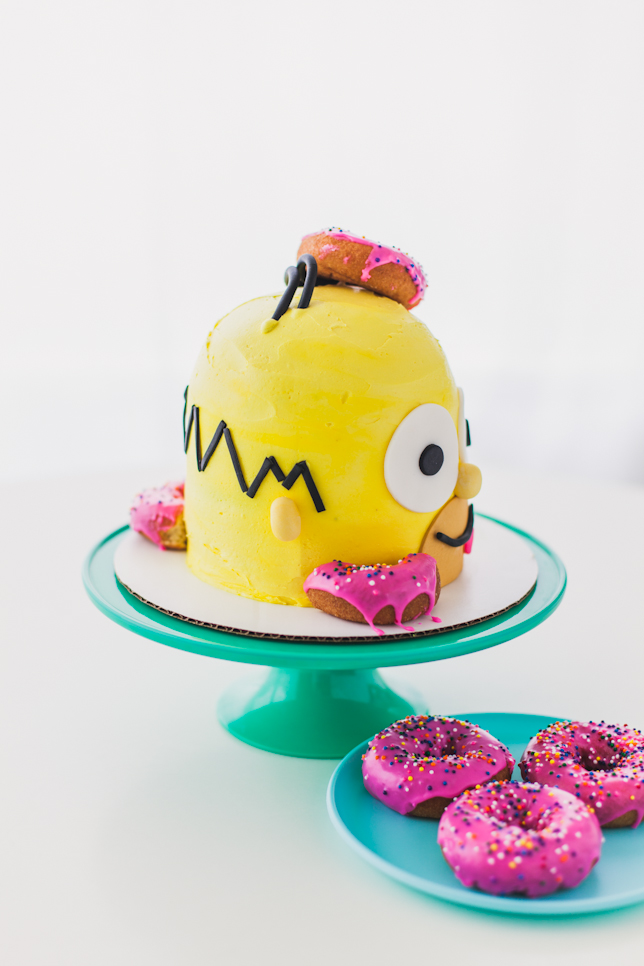 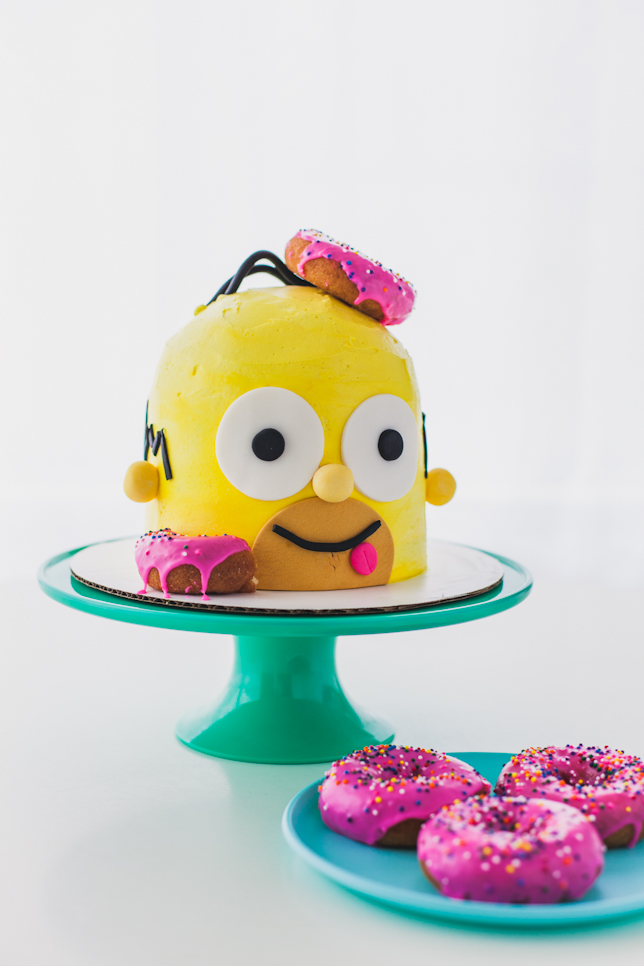 My adorable, blond, curly haired white niece Sydney turned three! For a few months there she was asking me for a Peppa the Pig cake, which I was game for (although, even though I’m an experienced cake designer, I still worried it would shuffle over into peen territory)… but then, about a month ago it changed – to a HOMER SIMPSON CAKE! YESSSS! Sydney loves The Simpsons, and refers to them as “yellow people” (as a yellow person with a sense of humour, I can enjoy this) – and how cool is my three year old niece to request a Homer cake?? Haha. 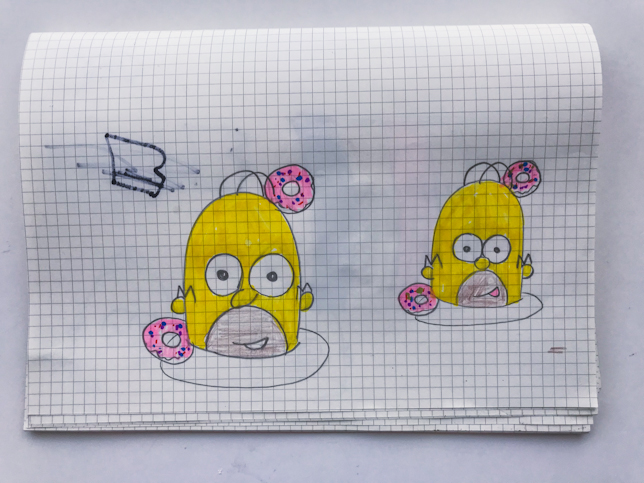 I’d never made a Homer cake before so off to the drawing board (sort of literally) I went. Rich had the brilliant idea to use the round cake pan for the top of the head, as it’s a prominent Homer feature! 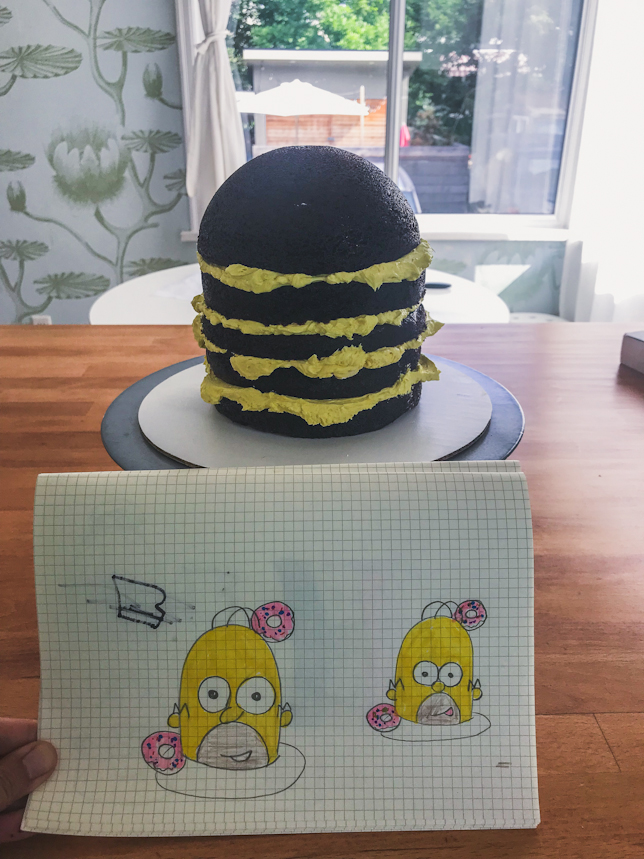 I baked the chocolate cake recipe from my book, dividing the recipe into two 6×3 inch round cake pans and my round sports ball cake pan. Once baked and cooled, I cut the round cakes into four layers total, and filled and frosted the cake with yellow tinted vanilla buttercream. 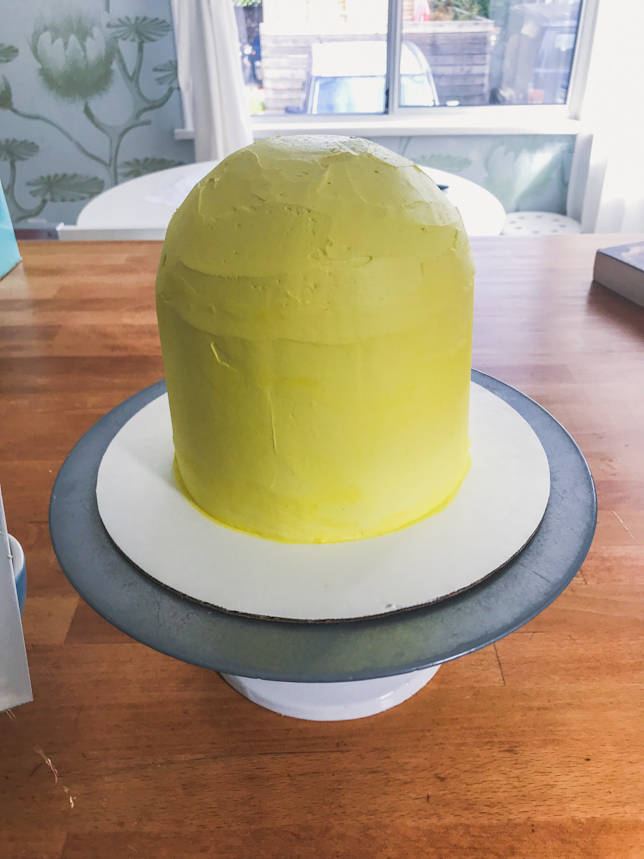 I think I did three coats of buttercream on this in between frosting coat chills in the freezer – I wanted to get Homer very smooth! 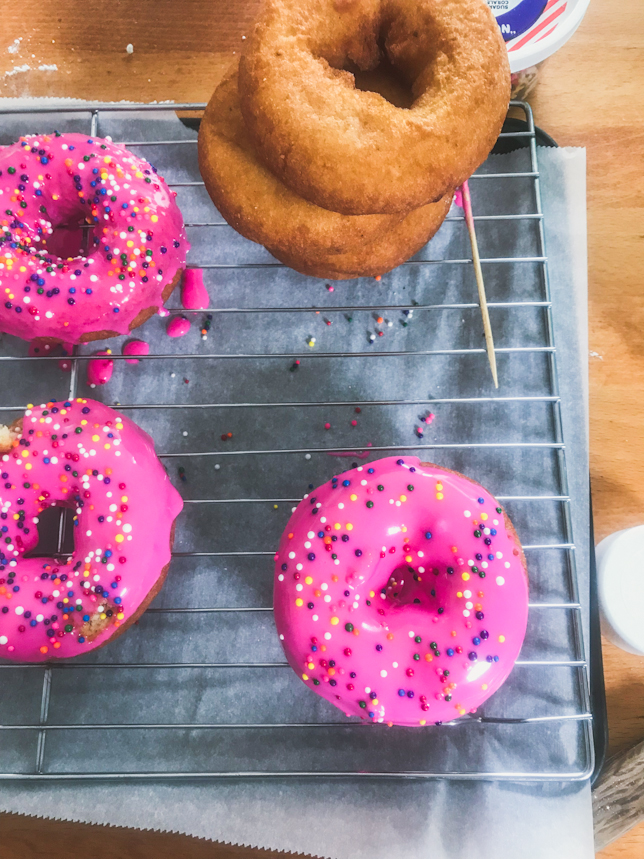 Homer had to have hot pink glazed donuts! But because I am medium-crappy at making donuts, it was Tim Horton’s to the rescue! I sent Rich and Teddy to the corner Tim Horton’s (lol, we live in a city neighborhood) and they came back with plain cake donuts, which I then glazed myself using a simple glaze of icing sugar and a TINY splash of milk. The key to donut glaze is that it takes WAY less liquid than you would think. Start with the tiniest dribble amount and add dribbles as you go to get that thick glaze consistency, otherwise it gets too watery-looking and see-through. Wait until the glaze sets up for a minute before adding sprinkles. 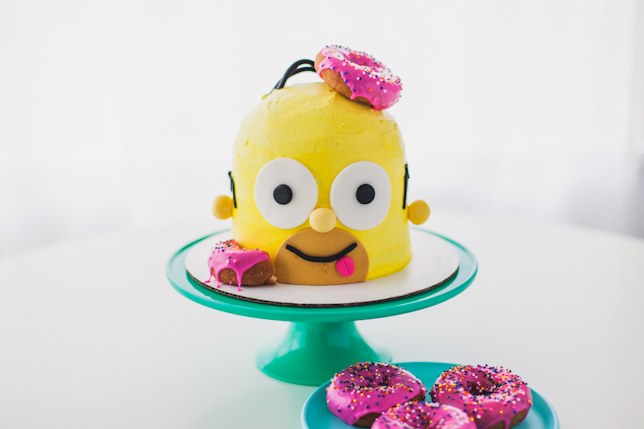 I tried many variations of round fondant eyes for Homer!! He looked pretty freaky for a while, maybe with some light “escaped convict tweaked out on street drugs” vibes… But in the end, I was happy with his big round cartoon saucer eyes! I anchored the top “beret” donut on his head using a hidden wooden skewer!

I was so happy with how Homer turned out!! And Sydney loved it and was literally jumping up and down when she saw it! I glazed extra donuts and brought those on the side, so each kid at the party could have half of a donut! 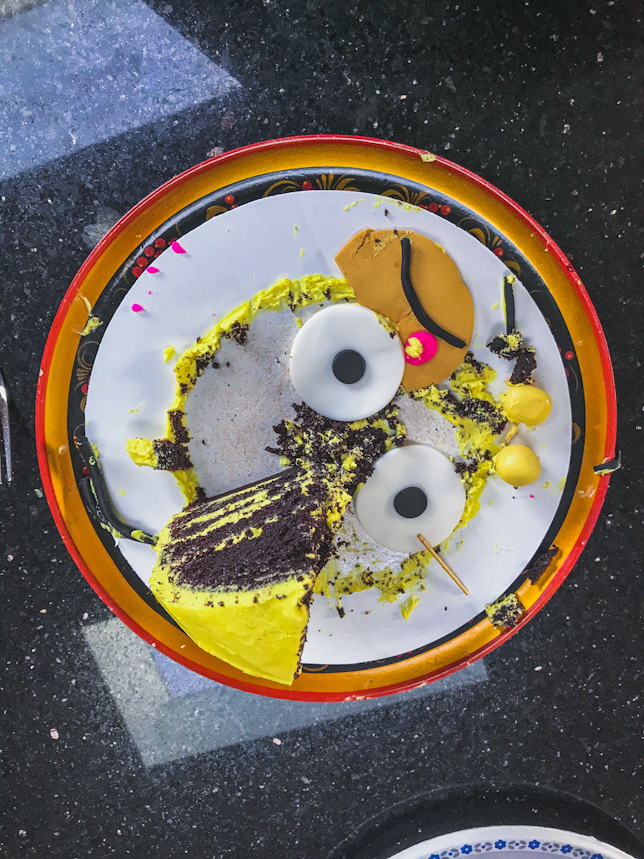